NASA to slam a spaceship into an asteroid for practice 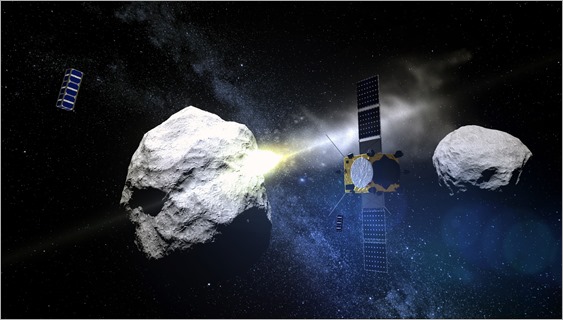 NASA and the European Space Agency want to ram into an asteroid in a bid to save humanity from a “Deep Impact”-style catastrophe.

They want to see whether it’s possible to deflect a space rock from its course as part of a planetary defence mission.

Fears over potentially deadly asteroids are at an all time high after the White House issued an “emergency defence plan” in the event of a collision late last year.

Esteemed British astrophysicist and cosmologist Lord Martin Rees recently warned that the government should be spending “millions” on planetary defence.

The proposed mission will use two spacecraft, one to be launched by the ESA in 2020 and the other by NASA in 2021.

The first spaceship, dubbed AIM (for Asteroid Impact Mission) will orbit around 65803 Didymos, which was discovered in 1996.

The NASA spacecraft, called DART (Double Asteroid Redirection Test) will be timed to hit the rock a few months later, at a speed of nearly four miles per second.

AIM’s telescopes will monitor where stray pieces of rock end up.

The mission is to figure out whether deflection is the best defence from a stray space rock.

There’s a danger that crashing into the asteroid could cause fragments to break off and potentially speed up its trajectory. 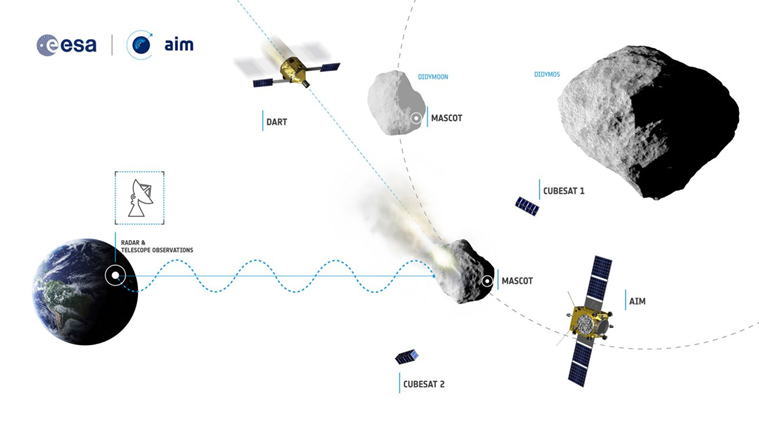 The shrapnel could pose a risk to Earth, too.

“When we have a high-speed impact on an asteroid, you create a crater,” explained Andrew Cheng, a planetary scientist at the Johns Hopkins University Applied Physics Laboratory in Laurel, Maryland said.

Cheng, who is lead investigator for the NASA side of the project, told Cosmos: “You blow pieces back in the direction you came from.”

The mission is yet to get the green light as it waits to confirm funding.

But planetary defence is a hot topic among scientists.

NASA have previously warned that Earth is “due an extinction level attack”.

But there’s little in place to stop one from causing absolute mayhem.

On the bright side, asteroids fly by Earth regularly and most are small enough to burn up in the atmosphere, completely unnoticed.