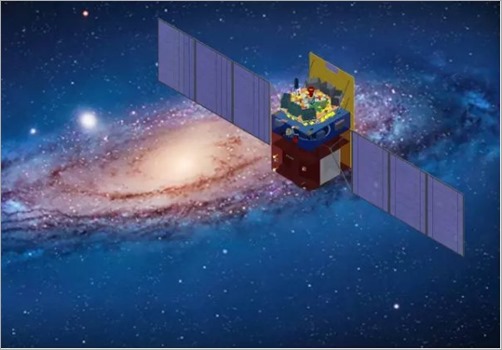 Many black holes and neutron stars are thought to be hidden in the Milky Way. Since they don't emit visible light, or are covered by dust, only X-ray telescopes can find them.

China will soon launch its first X-ray space telescope, the Hard X-ray Modulation Telescope (HXMT), with the aim of surveying the Milky Way to observe celestial sources of X-rays.

"Our space telescope has unique capabilities to observe high-energy celestial bodies such as black holes and neutron stars. We hope to use it to resolve mysteries such as the evolution of black holes and the strong magnetic fields of neutron stars," says Zhang Shuangnan, lead scientist of HXMT and director of the Key Laboratory of Particle Astrophysics at the Chinese Academy of Sciences (CAS).

"We are looking forward to discovering new activities of black holes and studying the state of neutron stars under extreme gravity and density conditions, and the physical laws under extreme magnetic fields. These studies are expected to bring new breakthroughs in physics," says Zhang.

Compared with X-ray astronomical satellites of other countries, HXMT has larger detection area, broader energy range and wider field of view. These give it advantages in observing black holes and neutron stars emitting bright X-rays, and it can more efficiently scan the galaxy, Zhang says.

The telescope will work on wide energy range from 1 to 250 keV, enabling it to complete many observation tasks previously requiring several satellites, according to Zhang.

Other satellites have already conducted sky surveys, and found many celestial sources of X-rays. However, the sources are often variable, and occasional intense flares can be missed in just one or two surveys, Zhang says.

New surveys can discover either new X-ray sources or new activities in known sources. So HXMT will repeatedly scan the Milky Way for active and variable celestial bodies emitting X-rays. 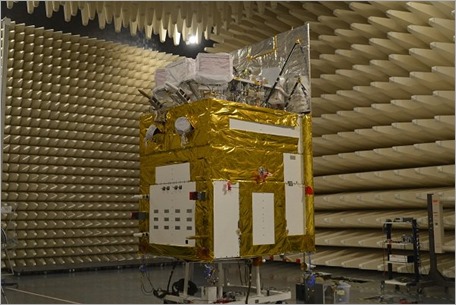 Zhang says other countries have launched about 10 X-ray satellites, but they have different advantages and therefore different observation focuses.

"There are so many black holes and neutron stars in the universe, but we don't have a thorough understanding of any of them. So we need new satellites to observe more," Zhang says.

The study of black holes and neutron stars is often conducted through observing X-ray binary systems. The X-ray emissions of these binary systems are the result of the compact object (such as black hole or neutron star) accreting matter from a companion regular star.

How do the black holes or neutron stars accrete matter from companion stars? What causes X-ray flares? These are questions scientists want to answer, and China's new space telescope might help.

Lu Fangjun, chief designer of the payload of HXMT, says the space telescope will focus on the Galactic plane. If it finds any celestial body in a state of explosion, it will conduct high-precision pointed observation and joint multiband observation with other telescopes either in space or on the ground.