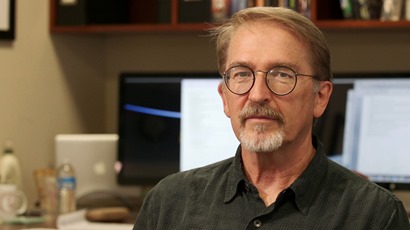 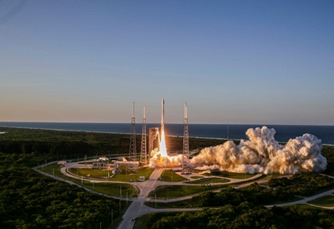 With the OSIRIS-REx spacecraft successfully launched and bound for the asteroid Bennu, the deputy principal investigator of the UA-led mission will retire in three weeks, and Heather Enos will take over as second in command to Dante Lauretta. 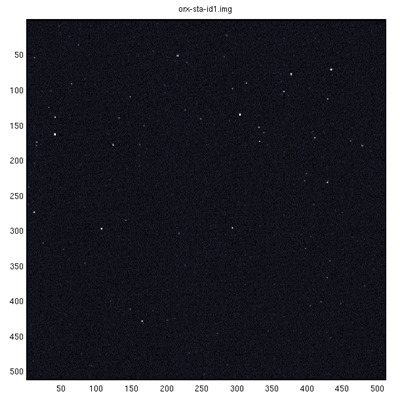 One week post-launch, NASA’s Origins, Spectral Interpretation, Resource Identification, Security-Regolith Explorer (OSIRIS-REx) spacecraft remains healthy and is on track for its two-year journey to the asteroid Bennu.  As of noon EDT Thursday, the spacecraft was approximately 2 million miles (3.2 million kilometres) from Earth, traveling at approximately 12,300 miles per hour (19,800 kilometres per hour) relative to Earth.  All of the spacecraft’s subsystems are operating as expected.

This is the first image from the OSIRIS-REx star tracker taken on Monday, Sept. 12. Similar to the way early sailors used the stars to navigate, the star tracker on OSIRIS-REx takes images of the stars and compares them to an on-board catalogue, which then tells the spacecraft navigation systems its attitude, or which way it is pointing. Credits: NASA

The OSIRIS-REx spacecraft is designed to rendezvous with, study, and return a sample of Bennu to Earth. This sample of a primitive asteroid will help scientists understand the formation of our solar system more than 4.5 billion years ago. 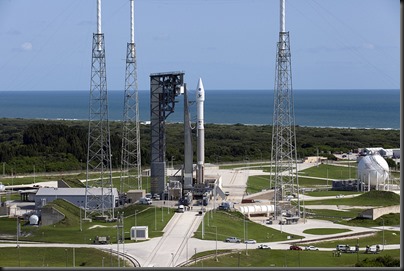 After lift-off at 7:05 p.m. EDT on Sept. 8, the United Launch Alliance Atlas V rocket performed flawlessly and positioned the OSIRIS-REx spacecraft exactly where the mission’s navigation team expected it to be. By 1:30 p.m. EDT on Sept. 9, approximately 18 1/2 hours after launch, the OSIRIS-REx spacecraft had crossed the orbital path of the moon at 240,000 miles (386,500 kilometres). By that evening, the spacecraft transitioned from launch operations into its outbound cruise phase.

On Sept. 12, OSIRIS-REx took its first image from it star tracker navigational camera, proving the system is functioning properly.  The star tracker takes images of the stars and compares them to an on-board catalogue, which then tells the spacecraft navigation systems its attitude, or which way it is pointing.

Next week, the engineers controlling the OSIRIS-REx spacecraft will conduct checkouts of the science instruments on board the spacecraft.