Aliens … No … Famous ‘WOW’ signal was caused by two comets 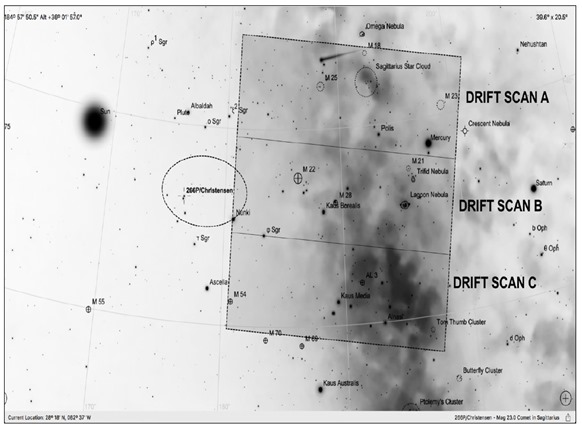 On 15 August 1977, the Ohio State University Radio Observatory detected a strong narrowband signal in the constellation Sagittarius (Sgr). The frequency of the signal, which matched  closely with the hydrogen line (1420.40575177 MHz), peaked at approximately 23:16:01 EDT. The signal was so strong that astronomer Jerry Ehman, who first spotted it, circled it in red pen and wrote "Wow!" in the margin. The "Wow! signal," as it would come to be known, became the best evidence ever obtained for extra-terrestrial life.At least, until now. One astronomer believes he's figured out what really caused the Wow! signal and—spoiler alert—it's not aliens.

On  the same date and time, comet 266P/Christensen was transiting in the vicinity where the “Wow!”

Signal was detected. The purpose of this investigation, therefore, was to collect and analyse  radio emission spectra and determine if comet 266P/Christensen and/or any other previously unknown  celestial body in the Solar System was the source of the 1977 “Wow!” Signal. This investigation, moreover, was designed to improve our understanding of the content and origin of the “Wow!’ Signal by determining if a neutral hydrogen cloud emitted from a short-period comet could be detected by a terrestrial radio telescope.

USE THIS LINK TO DOWN LOAD THE FULL SCIENCE PAPER

Astronomer Antonio Paris has been studying the Wow! signal for a long time. In 2016, he released a paper along with fellow astronomer Evan Davies suggesting that the signal could have been caused by a comet orbiting in the inner solar system. Specifically, the 2016 paper identified two comets, 266P/Christensen and P/2008 Y2 (Gibbs), that were both in the area where the Wow! signal was detected.

Both of these comets have large hydrogen clouds surrounding them that could produce the kind of signal detected in 1977. Paris spent about four months in late 2016 and early 2017 with a telescope pointed at comet 266P, and found strong signals of the same type as the Wow! signal.

Paris also examined several other similar comets and found the same type of hydrogen cloud and the same type of signal, which means that even if comet 266P wasn't the specific source of the Wow! signal, another comet is most likely the culprit.

This is bad news for anyone holding out hope that the Wow! signal would be aliens, but it's a solid conclusion to one of the biggest mysteries in astronomy. Now that we know comets can create these otherworldly signals, any future signals we get will have to be vetted much more carefully.