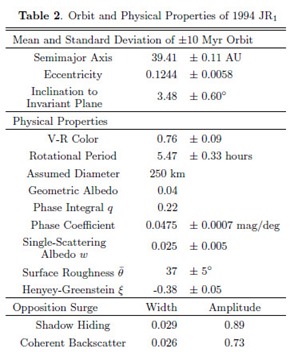 NASA's New Horizons spacecraft launched on January 19, 2006, flew past Jupiter to obtain a gravity assist in February 2007, and passed within 22,000 miles of Pluto on July 14, 2015. The 2003 Space Studies Board recommended that a “Kuiper Belt-Pluto Explorer" (which became New Horizons) investigate several KBOs (Kuiper Belt Objects), and that the value of those investigations would be increased with the number of KBO observed.

After the Pluto flyby, NASA approved a thruster burn sequence to redirect New Horizons to 2014 MU69, with the final burn on November 4, 2015. This trajectory allows the spacecraft to reach 2014 MU69 on January 1, 2019. However this flyby will only occur if NASA approves an extended mission for New Horizons. In addition to the 2014 MU69 flyby, the proposed extended mission also includes distant observations of about 20 KBOs at viewing geometries impossible from the Earth, allowing close satellite and ring searches, measurement of surface properties, and precision orbit determination. 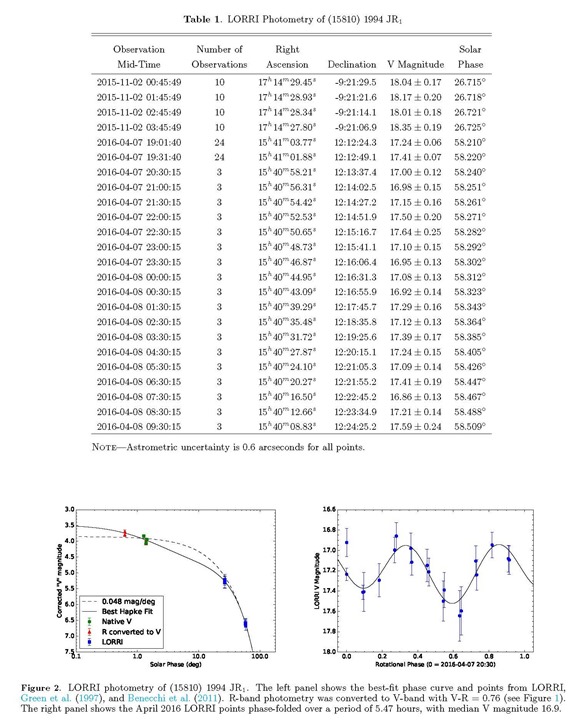 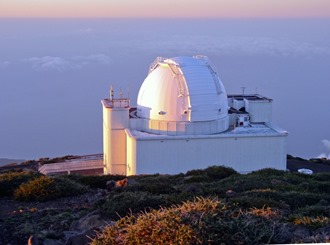 (15810) 1994 JR1 (hereafter JR1) is a Kuiper Belt Object in a 3:2 mean motion resonance with Neptune. It was discovered in 1994 with the Isaac Newton Telescope at the Roque de los Muchachos Observatory, making it the 13th KBO discovered (including Pluto-Charon) and the first resonant KBO after Pluto with a multi-year arc. Its proximity to Pluto (251 million miles) led de la Fuente Marcos & de la Fuente Marcos (2012) to propose that JR1 could be a quasi-satellite of Pluto (an object that spends an extended amount of time close to Pluto, but is not gravitationally bound), though this ending was uncertain given the quality of orbit determination.

The primary astronomical imager on New Horizons is the LOng Range Reconnaissance Imager (LORRI). LORRI first observed JR1 on November 2, 2015 in four sets of ten 4x4 images, spaced one hour apart. At the time of the observation, New Horizons was 172 million miles from the KBO, and seeing it at a solar phase angle of 26.7 degrees. LORRI observed JR1 again on April 7, 2016, at a distance of 66 million miles and solar phase angle of 58.5 degrees.

In addition to the New Horizons observations, the Hubble Space Telescope observed JR1 on November 2, 2015, almost simultaneously to the spacecraft observations. With this observation, the Wide Field Camera 3 obtained five images, two with the F606W (wide V) filter and three with the F814W (wide I) filter. This was the first time a KBO (other than Pluto and Charon) was observed from two very distant locations in the Solar System, and allowed the New Horizon’s science team to very precisely constrain the present location of JR1. The measured magnitude  was +22.7 and the magnitude in F814W was +22 .

JR1 is currently 251 million away from Pluto and on a very similar orbit. Because they are both in 3:2 resonant orbits with Neptune, both Pluto and JR1 are primarily perturbed by Neptune. However, Pluto and its five satellites is by far the most massive 3:2 resonant KBO system.

JR1 is primarily perturbed by Neptune, though is not trapped in a Kozai resonance, as its perihelion circulates. Pluto's argument of perihelion liberates every 3.8 million years, while JR1's argument circulates every 0.83 million years. This combines with the nodal regression of the two bodies to be in conjunction every 2.4 million years. Because of Pluto's eccentric and inclined orbit, the Pluto-JR1 distance at one of these conjunctions is highly variable, but can be as close as 46 million miles. During the conjunctions, Pluto does perturb JR1, but because the close approach distance is variable, Pluto's perturbation on JR1 is effectively chaotic. While this could be described as Pluto quasi-satellite behaviour, since JR1's orbit is still primarily controlled by Neptune, a more precise description would be a series of periodic Pluto scattering events, one of which JR1 is currently experiencing.  JR1 is a case of Pluto exerting its gravitation influence over a fellow 3:2 resonant object.

JR1 has a V-R of 0.76, making it a very red KBO. Unique New Horizons observations showed that JR1 has a high surface roughness of 375, indicating that it is potentially very cratered. They also showed that the rotational period of JR1 is 5.470.33 hours, faster than most KBOs, and enabled a reduction of radial uncertainty of JR1's position from 105 to 103. Neptune perturbations bring Pluto and JR1 close together every 2.4 million years, when Pluto can perturb JR1's orbit. Future ground-based photometry of JR1 would be useful to better constrain the period and opposition surge, and to allow preliminary estimates of JR1's shape and pole. These proof of concept distant KBO observations demonstrate that if the proposed New Horizons extended mission is approved, it will indeed be capable of observing dozens of distant KBOs during its flight through the Kuiper Belt.

© Astrophysical Journal Letters 16 May 2016 [This article is an edited extract by R. Pearson].