John Palisa, the most successful visual discoverer of asteroids 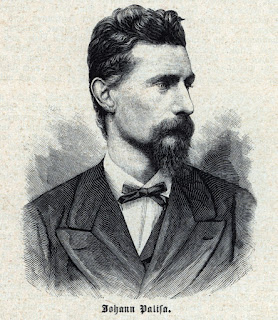 Palisa was director of the Pola observatory in Vienna from 1872 until 1880. He discovered 28 minor planets and one comet during that time. In 1880, he took a position at the new Vienna observatory. Here, he discovered further 94 minor planets, all by visual observations. His most famous discovery is probably the Amor-type asteroid (719) Albert. Today, Palisa remains the most successful visual discoverer of asteroids.
Johann Palisa was born on December 6, 1848 in Troppau, Silesia (now Czech Republic). From 1866 to 1870 he studied mathematics and astronomy at the University of Vienna, but did not graduate until 1884. Already in 1870, he became assistant at the University observatory in Vienna, and in the following year, he took a position at the observatory in Geneva.
Only 24 years old, Palisa became director of the Austrian Naval Observatory in Pola in 1872. Pola (now Pula) was harbor of the Austrian Navy from 1850 until the empire of Austria-Hungary collapsed at the end of World War I. 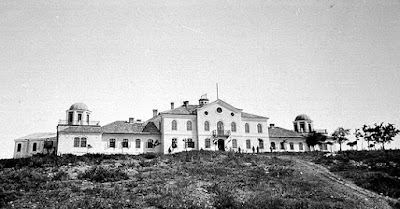 When the new Vienna observatory was inaugurated in 1880 by Emperor Franz Joseph I, he was offered a position as "Adjunkt", comparable to a modern night assistant. Palisa gave up his position as director of the Naval Observatory and accepted the subordinate employment, only because he was able to routinely use the large 27" refractor in Vienna, at that time the largest telescope in the world. To handle this telescope of 10.54m focal length, and the dome, 14m in diameter, two assistants were usually provided to aid the observer. The story goes that Palisa used to send his assistants to bed at midnight, but continued to observe until the break of dawn, handling the instrument all alone. Palisa discovered further 94 asteroids at Vienna, all by visual observations, using the 27" and the 12" refractor. In addition, Palisa discovered eight objects that were included by Dreyer in the NGC catalogue, as well as four nebulae listed in the IC. 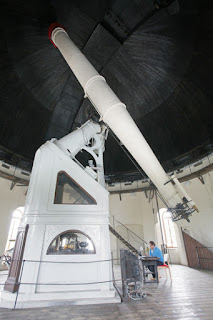 In 1883, he joined the expedition of the French academy to observe the total solar eclipse on May 6 of that year. During the eclipse, he searched for the proposed planet Vulcan, which was supposed to circle the sun within the orbit of Mercury. In addition to observing the eclipse, Palisa collected insects for the Natural History Museum in Vienna. When he returned, he named minor planet (235) Carolina after the atoll of the Line Islands, 450 miles northwest of Tahiti, where this expedition set up the instruments to observe the eclipse.
In 1885, Palisa offered to sell the naming right for minor planet (244) for £50 to raise funds for his expedition to the total solar eclipse of August 29, 1886. Apparently, this was not successful, as Palisa did not travel to the eclipse, and the minor planet was later named after the Indian goddess Sita.
At that time, there were no star charts available to support his search for new minor planets, so Palisa used to draw the maps on his own. At the end of the 19th century, Johann Palisa and Max Wolf in Heidelberg joined forces and worked on the Palisa-Wolf-Sternkarten. This work, which is the first photographic star atlas, was published between 1900 and 1908. Two years later, Palisa published his Sternenlexikon, a star catalogue covering the sky between declinations -1° and +19°. In 1908, Palisa became vice director of the Vienna observatory.


He retired in 1919, with the right to continue his observations at the observatory. For his work, Palisa was awarded with the Great Price of the Paris Academy. He was also honoured by minor planet (914) Palisana, discovered and named by Max Wolf, and by a lunar crater 33km in diameter. Palisa died in Vienna on May 2, 1925. With 122 minor planets, Palisa is still the most successful Austrian discoverer of asteroids, as well as the most successful visual discoverer in the history of minor planet research.


Palisa's discoveries remain targets of modern research: Minor planet (153) Hilda is the prototype of the Hilda asteroids, orbiting the sun in 3:2 resonances with Jupiter. Asteroid (216) Kleopatra hit the headlines in 2000, when observations with the Arecibo Planetary Radar fount it to have an unusual dog-bone shape. In 1993, the Galileo spacecraft flew by (243) Ida, the NEAR spacecraft passed by (253) Mathile in 1997, and asteroid (140) Siwa will be fly-by target of ESAs Rosetta mission in 2008. Palisa's discovery is probably asteroid (719) Albert. Being only the second NEA found, it was lost only a few days after its discovery. The Amor-type asteroid was finally recovered in 2000 by the Space watch project.
Posted by RichardP at 15:53