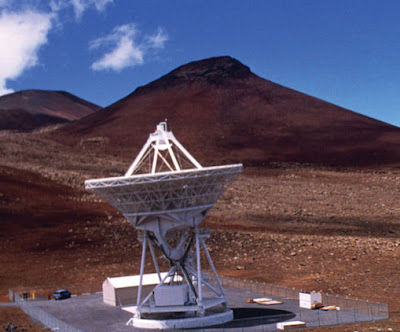 On 29 March a  lone attacker drove a vehicle onto the Mauna Kea station of the Very Long Baseline Array (VLBA) Tuesday, damaging the installation's fence, building, and official vehicles. The attacker was apprehended by law-enforcement officers. The station's two employees were uninjured.

Initial reports indicate that the radio-telescope antenna is undamaged. Site personnel are assessing the damage to the building.

The VLBA is a continent-wide radio telescope system, with ten, 25-meter-diameter dish antennas. The Mauna Kea antenna is the westernmost, with one at St. Croix in the Caribbean, and eight on the U.S. mainland. The VLBA is operated from the National Radio Astronomy Observatory's Science Operations Center in Socorro, New Mexico.

The VLBA is used by astronomers around the world to make high-resolution images of celestial objects, and has made landmark contributions to our understanding of the Universe.

The National Radio Astronomy Observatory is a facility of the National Science Foundation, operated under cooperative agreement by Associated Universities, Inc.