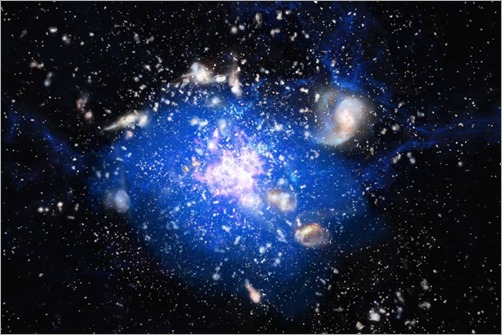 The discovery of an enormous reservoir of ultra-cold gas surrounding a distant galaxy has reshaped our scientific understanding of how stars and galaxies formed in the early universe.

An international team of scientists detected the huge halo of gas, 100 billion times the mass of our Sun, surrounding the Spider web galaxy, a massive galaxy surrounded by smaller galaxies about 10 billion light-years from Earth.

Until now, it was thought early galaxies were formed by the merging of smaller galaxies, but the growth of the Spiderweb galaxy appears to be fuelled by the cold cloud, scientists reported today in the journal Science.

"This completely changes the way we think that clusters of galaxies form," said Professor Ray Norris, an astrophysicist at CSIRO and Western Sydney University and co-author of the study.

"We're realising that lots of things we thought we knew about the universe are really based on what's going on in the modern universe.

"As we learn more and more about the early universe, we're realising there's quite a few things that are pretty different back there." 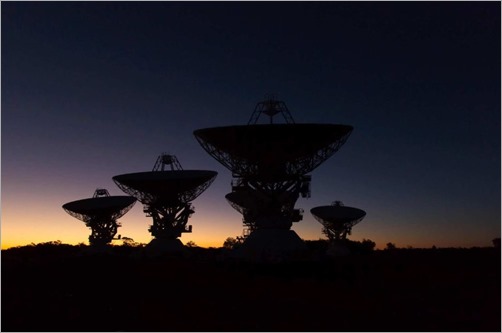 The research team expected the cluster of galaxies they were looking at, which formed about 3 billion years after the Big Bang, to be hot and violent as galaxies collided and merged.

But instead, they found that the central, larger galaxy was surrounded by an "enormous halo" of very cold gas with stars forming inside it.

"Nobody expected to see that," Professor Norris said.

The gas cloud, which had a temperature of about -200 degrees Celsius and was made up largely of carbon monoxide was a "major component" of star creation, he said, though the cannibalisation of small galaxies also played a part.

The discovery was made using Australia's Compact Array, a five-dish radio telescope in New South Wales, and the Very Long Array in New Mexico, to detect the carbon monoxide in the cold gas cloud.

While several telescopes around the world can detect carbon monoxide, Professor Norris said the wavelength range of the Compact Array made it the only one able to detect it at such a large distance from Earth.

The combined use of the VLA (which imaged individual galaxies in the cluster) and the Compact Array (which detected the gas) formed a picture of what was going on in the distant cluster.

"It's actually a combination of using these two telescopes together that really finally showed us what's going on," Professor Norris said.

The discovery raises further questions about the nature of the early universe and the formation of stars. 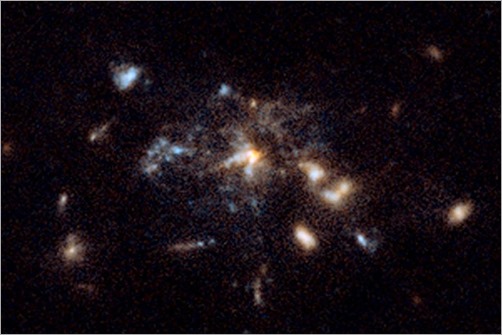 Professor Norris said it was not yet clear exactly how the cold gas cloud came to be around the Spiderweb galaxy, but that it couldn't have come from the Big Bang because of its high carbon monoxide content.

"This gas has to have come from galaxies, even if it's early in the lifetime of the universe. So we really don't know [where it came from]. This is another really good question," he said.

The next step will be to image other clusters of galaxies from a similar time period to see whether they're also surrounded by vast gaseous reservoirs.

The Spiderweb galaxy, seen here in the centre of the galaxy cluster, as captured by the Hubble Space Telescope. Supplied: NASA/ESA/G. Miley/R. Overzier/ACS Science Team

"The impetus will be to look for other examples of this. I'm sure we, and other groups, will start looking at other clusters and my guess is we'll probably see similar things in other clusters now," Professor Norris said.

He said the discovery deepens our scientific understanding of those first billions of years after the Big Bang, when the universe was still forming.

"There's a number of ideas that, if you asked astronomers 10 years ago, they'd tell you it's this or that, and we've had to abandon some of those ideas in the early universe," he said.

"So this new discovery, it fits into the context of things we're seeing.