Do Meteors Hiss, Sizzle, and Pop? 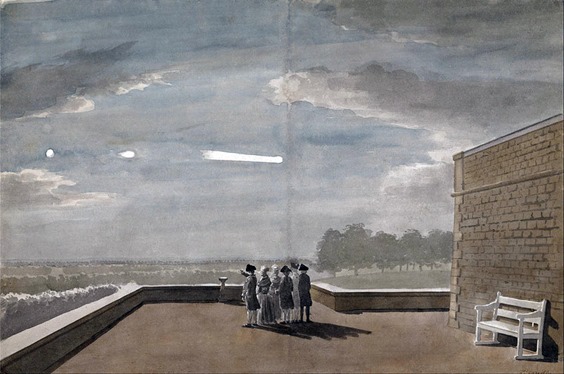 For hundreds of years there have been reports of people hearing the sound of meteors—shooting stars—as they streak across the sky. As early as 1714, astronomy Edmond Halley (yes, that Halley, of comet fame) dismissed these accounts of hissing, sizzling, and popping as figments of the imagination. After all, sound travels much more slowly than light—see: every thunderstorm ever—so any sound from the meteor breaking up in the atmosphere would arrive long after the streak of ionized gas has faded from the sky. But hearing and seeing a meteor at the same time is not a scientific impossibility. A new hypothesis published in Geophysical Research Letters might explain just how it happens, and why the described noises sound a lot like radio static.

When a meteor hits the atmosphere, at between 25,000 and 160,000 miles per hour, it releases electromagnetic radiation, including both light and what are known as very low frequency radio waves. Twenty-five years ago, scientists demonstrated that these waves, which travel just as fast as light, can cause objects, especially metal ones, to vibrate in a way that produces sound.

“The conversion from electromagnetic waves to sound waves … is exactly how your radio works,” Colin Price of Tel Aviv University, co-author of the new study, told Science. The study proposes that these waves come from an electrical current generated as the meteor interacts with the atmosphere. Though it involves coma ions, an am bipolar electric field, and Hall current, it’s the simplest explanation for the phenomenon yet.