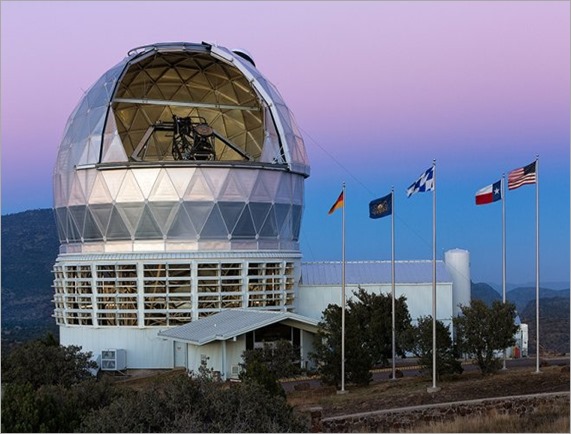 The University’s McDonald Observatory in West Texas dedicated its $40 million telescope upgrade last week and is now performing an in-depth study of a mysterious force known as dark energy.

The upgrade gives McDonald’s 10-meter telescope the ability to create a 3-D map of the universe to study dark energy, a little understood concept that could explain the accelerating expansion of the universe.

The telescope, the world’s third largest in size, can now see light that is close to 12 billion years old and can view 120 times more of the night sky than it previously could. Not even the largest telescope in the world at the Kek Observatory in Hawaii has as large of a field of view.

“It is sort of one of a kind right now,” McDonald Observatory director Taft Armandroff said. “It’s going to allow us to study a lot of areas of astronomy that are on the cutting edge.”

The Observatory received funding from the State of Texas, other universities and private donors to add four new instruments to the telescope along with expanding its view and depth. Two of these instruments, high and low resolution spectrographs, will be used to study the light from both galaxies and individual stars, Armandroff said.

Another new instrument allows the telescope to see high red-shift galaxies, or galaxies that are 10 to 12 billion light years away and were formed shortly after the Big Bang, Armandroff said.

Finally, Armandroff said the telescope now has a habitable zone planet finder which detects wobbles in the movement of a star to see if it has any orbiting planets.

Together, these devices will help astronomers at the University and elsewhere create a 3-D map they can use to measure how fast the universe’s expansion is accelerating and thereby give them an idea as to what force might be causing it, astrophysics professor Karl Gebhardt said.

“It’s crazy exciting. No one has looked at the universe in this way in the past,” Gebhardt said. “We may redefine what gravity actually is, (or dark energy) could be something like a new type of particle.”

After a class with Gebhardt last semester, aerospace engineering senior Jamie McCullough began working with the McDonald Observatory data. Most of the time, McCullough analyses the data sent over to adjust the information based on how much light was hitting the telescope. McCullough has also been working on writing a code that will perform these calibrations automatically.