Spectacular Aurora display not over yet 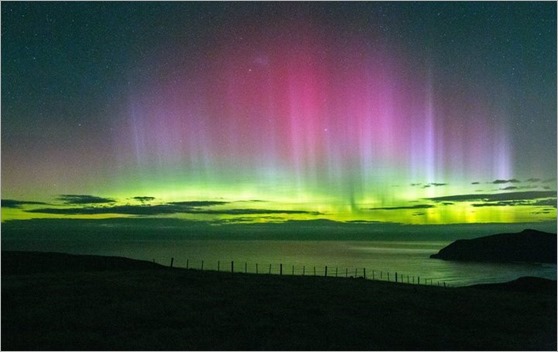 Aurora hunters were treated to an unusually intense and widespread display of the Southern Lights over the weekend, and it's not over yet, says Otago University astronomer Ian Griffin.

The Aurora Australis, or the Southern Lights, were spotted all over the country - and as far north as Auckland.

Dr Griffin - who is also the Otago 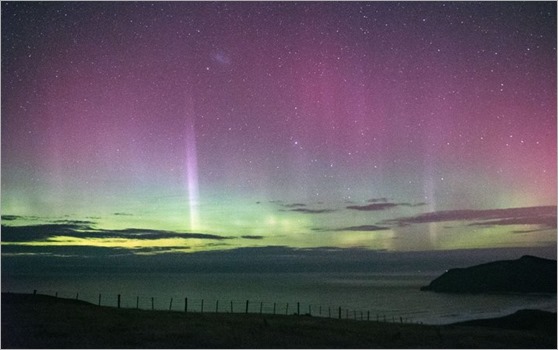 Museum director - told Morning Report it was a particularly intense display in Otago on Sunday night.

"This was quite an interesting display, I saw mostly greens, but other people who have got better eyes than me were seeing reds, but the photographs showed all the colours much better and there were some lovely purples in there as well. So it was a pretty stunning display, all told."

This week's display was caused by a large coronal hole on the sun, said Dr Griffin. 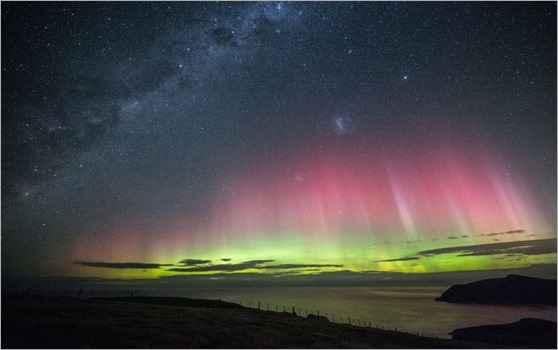 "And that glow is the aurora, and the colour of the glow is different gases in the atmosphere, so the green glow is mainly oxygen and if you can see the red colour, that's nitrogen."

He said Sunday was unfortunately cloudy in Otago, but that he had seen some "brilliant' pictures of lights in Christchurch and Wellington, and even further north.

"One of the most amazing things was that somebody photographed it in Auckland, which is pretty incredible really, because to see the aurora that far north is very unusual. You may only see it in Auckland once every couple of years."

Dr Griffin said the current round of lights could continue for a few more days.

"It'll probably tail off, but if it's clear tonight, I would nip out and have a look."