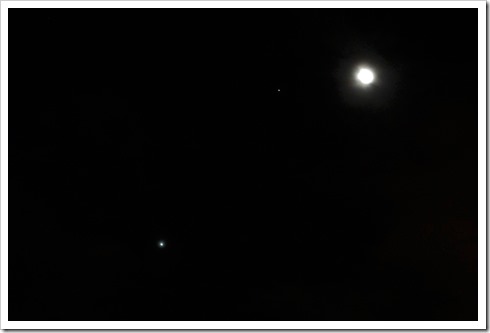 Some astronomical events can be quite spectacular, and make great photo opportunities for Astro photographers if they get to know about them in advance. Planning is important so all of the elements fall nicely into place to make that truly assume photo.

Clear skies permitting over the next two mornings, the crescent Moon will be seen close to all three bright planets, a prelude of what's to come in December.

At 03am on 6 December the Moon will pass in front of Mars – the Red planet-- hiding it from view, an event known as an occultation. This rare event is visible from Central & East Africa, South Arabian Peninsula, the Southern tip of India, Indonesia and Australia.

Then at 07am on 7 December the Moon will occult the brilliant planet Venus. This event is visible from North & Central America, and the Caribbean.

Sadly in other area of the Earth the Moon is below the horizon when the occultations take place. Nevertheless there are going to be some great photos of these events in face book groups, something for you to look forwards to. Clear skies. R.P.