A galaxy in distress: M90, the most massive galaxy in the Virgo cluster 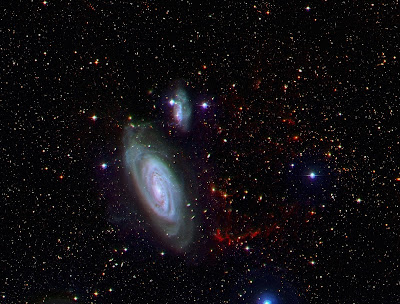 An international team led by researchers from the Laboratoire d'Astrophysique de Marseille (LAM) has used MegaCam on the Canada France Hawaii Telescope to observe NGC 4569 (M90).
RA:12h 36m 49.8s
Dec: +13° 09′ 46″
Mag: +9.5
They observed, for the first time, spectacular tails of ionized gas that extend for over 300,000 light years, five times larger than NGC 4569 itself.
Click on the image to enlarge
Galaxies are not distributed uniformly throughout the universe. Some are found in dense clusters that can contain hundred to thousands of galaxies. Astrophysicists suspect that living in a cluster environment can have a strong influence in the way galaxies evolve. The tell-tail signs have long been recognized: for instance, compared to less dense regions, clusters contain proportionally more elliptical galaxies (spheroidal systems with little to no gas and dust) and fewer spirals (gas rich disky systems in which new stars are continuously formed from the gas in the interstellar medium). And even the few spiral galaxies found in clusters generally contain less gas and have an older population of stars than isolated spiral galaxies. 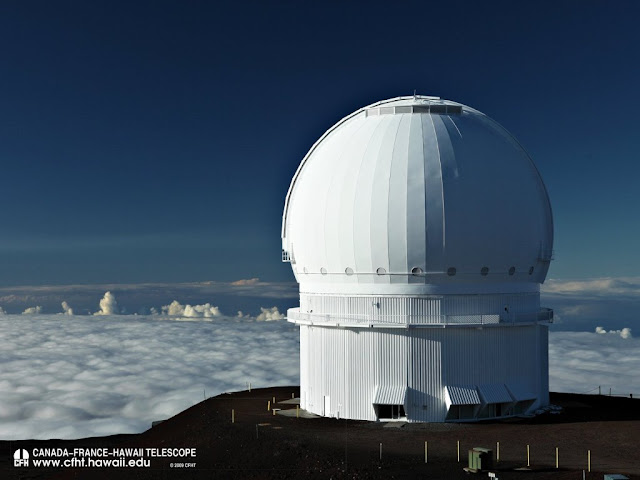 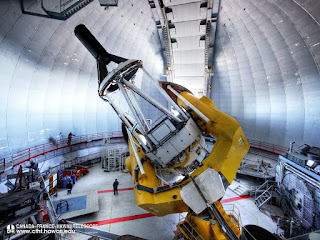 Several mechanisms have been proposed to explain the difference observed between galaxies in different environments. First, when two galaxies interact, tidal forces tend to rip apart and disrupt the outermost, less gravitationally bound and most diffuse parts. A second mechanism is the "dynamical pressure" exerted on the interstellar medium of a galaxy as it travels through the hot, diffuse medium that permeates the space in between galaxies, a process known as `ram pressure stripping’ (a biker travelling at high speed would experience a similar kind of pressure from the ambient air!). These two processes are able to lift gas from the disks of spiral galaxies, and therefore inhibit the formation of new stars. There is also a third mechanism that is thought to affect mostly the most massive galaxies: these galaxies host very massive black holes at their centres, and the energy liberated by the accretion onto these black holes, injected into the surrounding medium, can unbind the gas.
Identifying which of these processes is dominant is critical to constrain cosmological simulations that follow the evolution of galaxies. Observationally, however, observing the low density gas as it is being stripped is a tremendous challenge. The MegaCam Camera on the Canada France Hawaii Telescope (CFHT) has recently been equipped with a new, high efficient narrow-band filter that isolates the H-alpha emission line from the ionized gas, allowing it to be detected with high efficiency.
An international team led by researchers from the Laboratoire d'Astrophysique de Marseille (LAM) has used this instrument to observe NGC 4569, the most massive spiral galaxy in the Virgo cluster (at 45 million light years, the massive cluster of galaxies closest to the Milky Way). The Virgo cluster is still evolving, and therefore offers the opportunity to observe the transformation of galaxies as it takes place. NGC 4569 is moving through the cluster at a staggering 1200 km/s. The H-alpha image obtained with MegaCam at CFHT shows for the first time spectacular tails of ionized gas that extend for over 300,000 light years, five times larger than NGC 4569 itself ! This observation confirms that ram pressure stripping due to the intracluster medium is depriving NGC 4569 of its gas reservoir. An estimate of the mass of gas in these tails shows that 95% of the interstellar medium has already been removed from the disk of the galaxy, greatly limiting its ability to form new stars.
For a galaxy as massive as NGC 4569, it is perhaps surprising that internal gravitational forces are not strong enough to hold the gas together, counteracting the action of ram pressure stripping. Indeed, in cosmological models, it is hypothesised that in such massive galaxies, it is the activity related to the central supermassive black hole to cause the gas to be lost. The new observations show instead that the dominant effect is ram pressure: this important constraint must be taken into account in any cosmological model striving to incorporate the effect of environment on the evolution of galaxies.
The result also shows that MegaCam at CFHT is now a second-to-none world-class facility to study gas stripping and opens up a promising new avenue for understanding the role of environment in the evolution of galaxies.
Posted by RichardP at 23:07