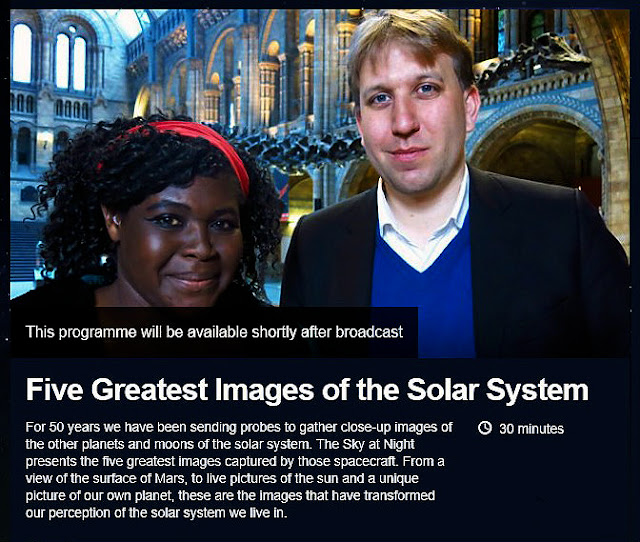 
As the presenter of Astronomy & Space over the last 3 years I have been privileged to see a great many images returned by spacecraft, and I have made programs about the most striking missions to the planets so far.


I am waiting to see the team's choice of  images, for me the images of Pluto beamed back by New Horizons last autumn were both historic and impressive, and planetary scientists will learn a great deal from studying these for years to come.
As a personal choice the next images I would chose are those of comet 67P/Churyumov–Gerasimenko beamed back by ESA's Rosetta spacecraft since November 2014. Never before have we seen a comet in such fine detail, and had great science data returned to waiting astronomers. These images have improved our understanding of what comets are, there composition, and their origin. As it turns out comet 67P/Churyumov–Gerasimenko is the same age as the solar nebulae out of which our planets were formed 4.5 billion years ago, and there is water in its surface.
My third choice are the magnificent images of Mars beamed back by visiting spacecraft, including ESA's Mars Global Surveyor, which also returned a great deal of science from Martian orbit showing regions of Water, Magnetism, and Mass concentrations around the red planet. I shall have more to say about this in my new program.
My forth choice would have to be images of the Sun transmitted back to Earth from NASA's Stereo mission, which has allowed us to study the Sun on all sides in unprecedented detail, and NASA's SOHO mission, which has allowed space scientists to study the Sun every few minutes, every day for the last 20 years. I should add that SOHO is responsible for the discovery of 3,000 comets.
My 5th and final choice would be the recent images of Ceres sent back by NASA's Dawn spacecraft since July 2015. Ceres is the largest of the Minor planets orbiting between Mars & Jupiter, and the one with the 2 mysteries white spots that has intrigued planetary scientists in recent months, and we are still unsure of what they are composed of. Dawn also previously returned magnificent images, and science data, from the asteroid Vesta, showing a huge impact crater caused by a planetesimal impacting Vesta a billion years ago.
As amateur astronomers you get to see amazing images of the Sun & planets as you log onto Face Book most days; I am sure that you are also spoilt for choice: What great images would you chose & why? I will look out for your own personal choices in the days ahead.
Best wishes & Clear Skies
Richard Pearson
Posted by RichardP at 17:01