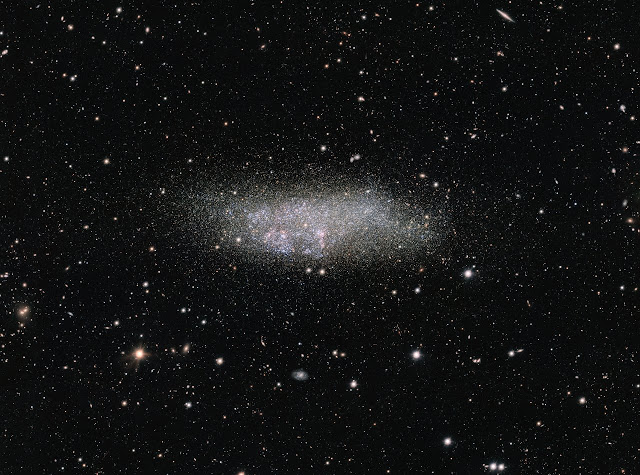 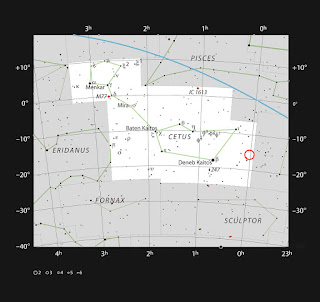 This scene, captured by ESO’s OmegaCAM on the VLT Survey Telescope, shows WLM which is so small and secluded that it may never have interacted with any other Local Group galaxy — or perhaps even any other galaxy in the history of the Universe.


Astronomers think that comparatively small primeval galaxies gravitationally interacted with each other and in many cases merged, building up into larger composite galaxies. Over billions of years, this merging process assembled the large spiral and elliptical galaxies that now appear to be common in the modern Universe. Galaxies congregating in this manner is similar to the way in which human populations have shifted over thousands of years and intermixed into larger settlements, eventually giving rise to today’s megacities.


This small galaxy features an extended halo of very dim red stars, which stretches out into the inky blackness of the surrounding space. This reddish hue is indicative of advanced stellar age. It is likely that the halo dates back to the original formation of the galaxy itself, helpfully offering clues about the mechanisms that spawned the very first galaxies.


The stars at the centre of WLM, meanwhile, appear younger and bluer in colour. In this image, pinkish clouds highlight areas where the intense light from young stars has ionised ambient hydrogen gas, making it glow in a characteristic shade of red. 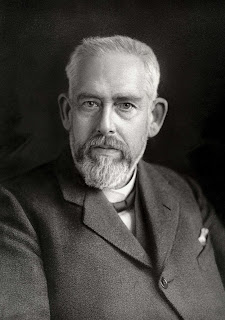 Maximilian Franz Joseph Cornelius Wolf (1863 -1932) was a German astronomer and a pioneer in the field of astrophotography. He was Chairman of Astronomy at the University of Heidelberg and director of the Heidelberg-Königstuhl State Observatory from 1902 until his death.

The Heidelberg State Observatory is a historic astronomical observatory located near the summit of the Königstuhl hill in the city of Heidelberg in Germany. While the new observatory complex was still under construction Max Wolf obtained a grant of $10,000 from the American philanthropist Catherine Wolfe Bruce for the acquisition of a powerful new dual 16 in refractor telescope, the Bruce double astrograph. For many years this telescope was the observatory's main research instrument.
Click on the images to enlarge 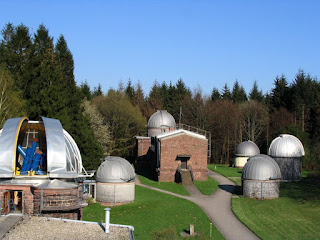 Wolf started his career as a comet hunter and continued to discover them throughout his life. He discovered or co-discovered several comets, including 14P/Wolf and 43P/Wolf-Harrington. He won a competition with E. E. Barnard on who would be the first to observe the return of Halley's Comet in April, 1910.

Along with E. E. Barnard, Wolf applied astrophotography to the observation of stars. The Bruce double-astrograph was originally designed to hunt dim asteroids but it was found to be ideally suited for the study of the proper motion of low luminosity stars using much the same technique. 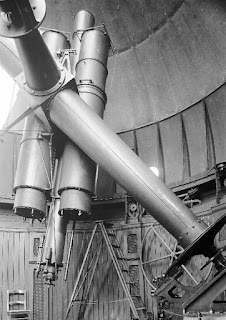 In 1909 Max Wolf discovered the ‘Wolf-Lundmark-Melotte’ object or WLM for short. WLM has turned out to be one of the loneliest of galaxies that has had no interactions with its neighbours, and bears an uncanny resemblance to one of the two Magellanic Clouds which are satellite galaxies of our own Milky Way (galaxy).


It was identified as a galaxy in 1924 by astronomers Knut Lundmark and Philibert Jacques Melotte. The dim galaxy is located in the constellation of Cetus (The Sea Monster) about three million light-years away from the Milky Way, which is one of the three dominant spiral galaxies in the Local Group.


WLM is quite small and lacks structure, hence its classification as a dwarf irregular galaxy. WLM spans about 8000 light-years at its greatest extent, a measurement that includes a halo of extremely old stars discovered in 1996.

In 1919 Max Wolf published a catalogue of the locations of over one thousand stars along with their measured proper motion. These stars are still commonly identified by his name and catalogue number today. Max Wolf died on 3 October 1932.
Posted by RichardP at 11:57