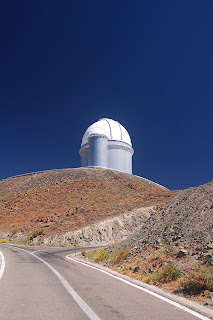 In the Atacama Desert of southern Chile is the European Space Agency’s 3.6-metre telescope.


The telescope hosts HARPS, the High Accuracy Radial velocity Planet Searcher, the world's foremost exoplanet hunter. HARPS is a spectrograph with unrivalled precision and is the most successful finder of low-mass exoplanets to date.


Attached to the ESO 3.6-metre telescope, HARPS searches nightly, and with unparalleled accuracy, for exoplanets. Today it leads the field, regularly generating astounding results that will present fresh challenges for future telescopes like the E-ELT. 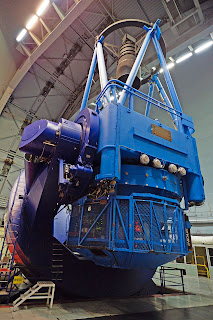 What does HARPS really do to detect these planets? It is all matter of perspective. As we are so far from the stars, we cannot see their exoplanets directly. Instead HARPS detects minute wobbles in the stars’ motion. Stars and their exoplanets are bound together by gravity, so an exoplanet orbits its distant parent star, just as the planets of the Solar System orbit the Sun. But a planet in orbit around a star exerts its own gentle pull, so that the orbital centre of the system is a little away from the centre of the star and the star itself orbits about this point — which we can detect as a small regular movement of the star to and fro along our line of sight. This tug of war between any star and its exoplanets can be seen (or rather, measured) by HARPS, with an incredible precision. HARPS picks up small changes in the star’s radial velocity (i.e. along the line of sight), which can be as little as a gentle walking pace of 3.5 km/hour 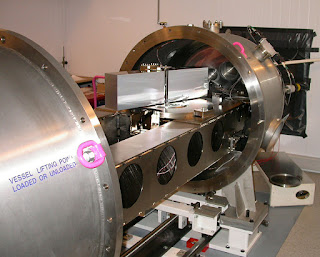 Due to the Doppler effect, this radial velocity change induces a shift of the star’s spectrum towards longer wavelengths as it moves away (called a redshift) and a shift towards shorter wavelengths (blueshift) as it approaches. This tiny shift in the star’s spectral lines can be measured with a high-precision spectrograph such as HARPS and used to infer the presence of a planet.
Astronomers who used the telescope in July 2015 have now made a new significant discovery .... !
Posted by RichardP at 18:44