The Europen Mission to Mars Ready for Launch 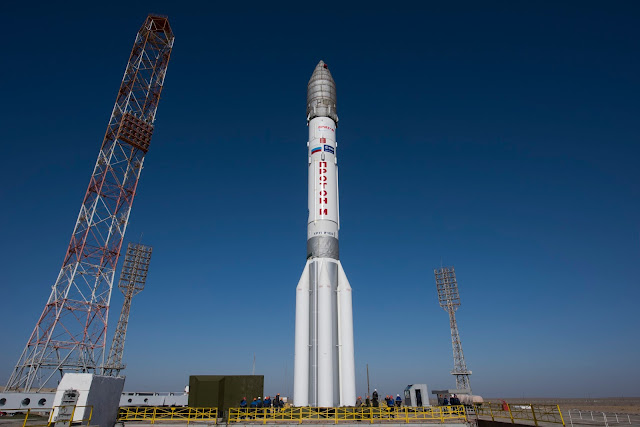 ESA's ExoMars spacecraft is now sitting on top of the Russian rocket waiting to launch at 09:30 GMT on a journey to the red planet Mars. There are high expectations for the mission following the amazing success of the Rosetta probe and its Lander Philae following there arrival at comet 67P/Churyumov–Gerasimenko in November 2014.
While the primary objective is to study the Martian atmosphere, its probe Schiaparelli is designed to descend down on the Martian surface. This is an ESA landing demonstrator to help prove the reliability of landing a rover on Mars at a later date. There is NO rover on board Schiaparelli; therefore the search for life during this mission is very restricted.
I shall watching the launch from 08:30 GMT live, and I am a little anxious as not all rocket launches are 100% reliable.
The primary landing site for Schiaparelli  has been identified: it is a plain known as Meridiani Planum. This area interests scientists because it contains an ancient layer of hematite, an iron oxide that, on Earth, almost always forms in an environment containing liquid water. If all goes well Schiaparelli will perform localised experiments for up to 3 Sols (Martian days).
Mars is a fascinating world, if simple microbial life can be found there, it will mean life can evolve where it can, and it will improve our chances of finding life elsewhere in our solar system. It will also show that we are not alone in the Universe, and life will have evolved on distant planets given the right conditions.
Richard Pearson
Posted by RichardP at 23:00