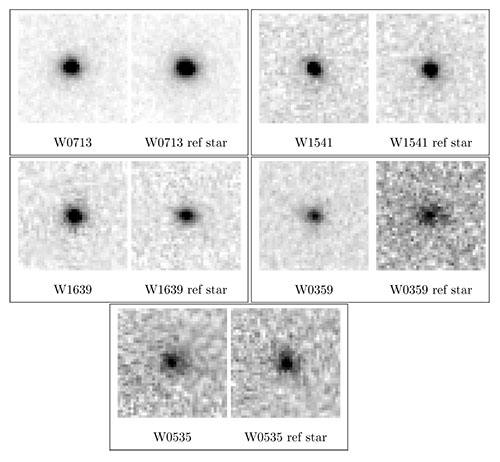 By definition Brown dwarfs are objects which are too large to be called planets and too small to be stars. They have masses that range between twice the mass of Jupiter and the lower mass limit for nuclear reactions (0.08 times the mass of our sun).
There is controversy in astronomical circles about extra solar planets known as Hot Jupiter's that orbit close to there parent star. Is it possible that some of these are in fact Brown dwarf stars?
Research into Brown Dwarfs at the Gemini observatory is therefore proving to be a fascinating field of study for astronomers.
Y-type brown dwarfs, the coolest type of brown dwarfs known, provide an important link in the study of objects between stars and planets. While the fraction of binary systems associated with warmer and brighter brown dwarfs is well-established, because the Y spectral class is so new (the first Y-type brown dwarfs were only confirmed in 2011) there is little known about what fraction of Y dwarfs have companions. The Y dwarfs are generally lower in mass than the warmer brown dwarfs. For the warmer brown dwarfs, the frequency of binary systems diminishes with brown dwarf mass, and companions tend to be closer to their host and lower in mass themselves. Scientists wonder if this same trend continues for the Y dwarfs. 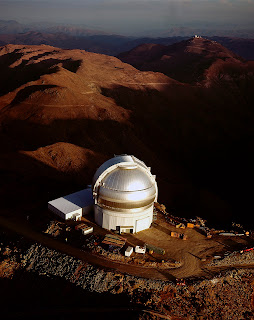 A research team, led by Daniela Opitz (University of New South Wales), utilized the high spatial resolution and infrared sensitivity of the Gemini Multi-Conjugate Adaptive Optics System (GeMS) to help fill this gap in our understanding. Their work, recently accepted for publication in The Astrophysical Journal and available on Astro-ph, uses GeMS on five Y dwarfs discovered by the NASA Wide-field Infrared Survey Explorer (WISE) to look for evidence of companions. The team found no evidence for equal-mass binaries with separations greater than 0.5-1.9 Astronomical Units, which is consistent with what is observed in the warmer and brighter brown dwarfs.
While more studies are needed to fully understand the binary fractions of Y-type brown dwarfs, this work establishes a solid foundation for future work at Gemini and other infrared optimized telescopes.
Images (C) courtesy of the Gemini Observatory
Posted by RichardP at 01:28