I would like to encourage Astro photographers living in the southern hemisphere to once again take images of the location of the nova because there are signs of nebulae. You may find something interesting in your image; however, it will be faint.


ASTRONOMERS at the Physical Research Laboratory, India, led by Dipankar P.K. Banerjee have carried out infrared observation of Nova Sagittarius which became a naked-eye object a year ago. There is an indication of a hot gaseous central object surrounded by dusty nebulae. 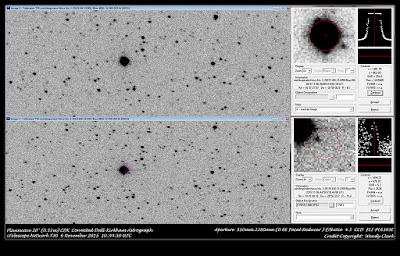