The Universe according to Richard Pearson 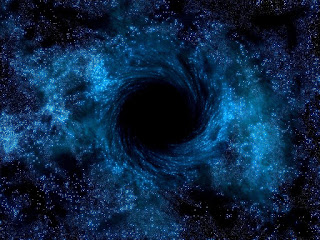 Black Holes are known to exist in the nucleus of the majority of galaxies, and our own Milky Way is presently showing signs of two being in co-existence. Black holes are created from the supernova explosion of a Neutron Star, and consist of an intensely dense point in space – a singularity – surrounded by an event horizon. The force of gravity is so intense that not even light can escape once inside; hence the term black hole.
Now what if there were Black holes in existence made up of exotic forms of matter called Strangelets. These monsters would also be black with one subtle difference, there may be an intense Strangelet singularity at its center transforming all the matter it comes into contact with into strangelets particles in a chain reaction. A Strangelet Black Hole [SBH] may not have an intense gravity field associated with it.

If they exist SBH’s would show up as large empty black voids in space against the cosmic background radiation maps being made from observations by NASA’s COBE satellite. The voids would be large because they silhouette the Strangelets particles within where the Strangelet Black Hole exists. 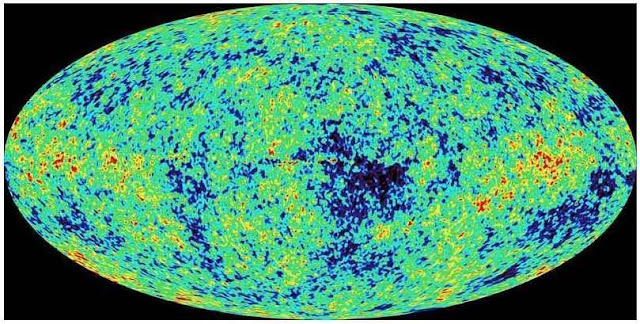 Pleasingly such voids have actually been detected, except the interpretation for their existence is being interpreted as evidence for a multi universe. Some physicists say that these voids show where another Cosmos outside our own is in contact with our own Universe.
Like many of her colleagues, Hiranya Peiris, a cosmologist at University College London, once largely dismissed the notion that our universe might be only one of many in a vast multiverse. It was scientifically intriguing, she thought, but also fundamentally untestable. She preferred to focus her research on more concrete questions, like how galaxies evolve.
At first, Peiris was sceptical. “I think as an observer that any theory, however interesting and elegant, is seriously lacking if it doesn’t have testable consequences,” she said. But Matt Johnson of the Aspen Center for Physics convinced her that there might be a way to test the concept. If the universe that we inhabit had long ago collided with another universe, the crash would have left an imprint on the cosmic microwave background (CMB), the faint afterglow from the Big Bang. And if physicists could detect such a signature, it would provide a window into the multiverse.
In my view ‘Strangelet Black Holes’ remain a possibility, and the discovery of the first of these would revolutionise our understanding of the Universe. These CMB observations could hold the key to discovering such SBH’s in the future.
IN FEBRUARY 2014 The Astronomer Royal Sir Martin Reece caused a stir in the astronomical community when he warned that when the particle accelerator CERN begins operations using much higher energy levels it could cause a chain reaction that would ‘end the world.’
While the experiment could help to answer questions about how life started on Earth, critics, including the Astronomer Royal, warned that subatomic particles called ‘strangelets’ could be created accidentally.

These particles have the potential to start a chain reaction and change everything into ‘strange matter,’ which Martin Rees said could transform Earth into ‘an inert hyperdense sphere about one hundred metres across.’
Strangelets are small theoretical atomic particles that some physicists have predicted to exist, yet they are fearful of them being detected in reality because of their destructive nature.
A strangelet is a hypothetical particle consisting of a bound state of roughly equal numbers of up, down, and strange quarks. Its size would be a minimum of a few femtometers across (with the mass of a light nucleus). Once the size becomes macroscopic (on the order of metres across), such an object is usually called a quark star or "strange star" rather than a strangelet. An equivalent description is that a strangelet is a small fragment of strange matter. The term "strangelet" originates with E. Farhi and R. Jaffe. Strangelets have been suggested as a dark matter candidate.
If the strange matter hypothesis is correct and its surface tension is larger than the aforementioned critical value, then a larger strangelet would be more stable than a smaller one. One speculation that has resulted from the idea is that a strangelet coming into contact with a lump of ordinary matter could convert the ordinary matter to strange matter. This "ice-nine"-like disaster scenario is as follows: one strangelet hits a nucleus, catalyzing its immediate conversion to strange matter. This liberates energy, producing a larger, more stable strangelet, which in turn hits another nucleus, catalyzing its conversion to strange matter. In the end, all the nuclei of all the atoms of Earth are converted, and Earth is reduced to a hot, large lump of strange matter.
This is highly unlikely at CERN because the energy levels needed to create Strangelets is far in excess of what the Large Hadron Collider is capable of.
In a strange kind way, I am intrigued by the existence of ‘Strangelets’ and the possibility that there is something strange out there in the Universe waiting to be discovered.