I have now set up a new YouTube site for all of my Astronomy programs, a one stop shop for everyone to enjoy watching FREE educational programs on various topics relating to Astronomy & Space. 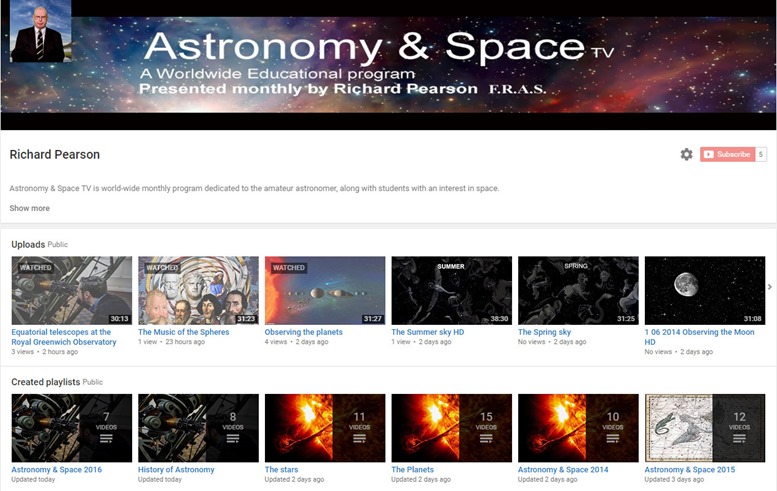 Here you will also find 6 dedicated playlist that will allow you to spend an evening watching some of the best Astronomy programs while the skies outside are cloudy or it’s raining, and you just wish to pass the time.

Astronomy & Space 2016: All of the programs that have been broadcast since January of this year. My new program for August ‘Equatorial telescopes at the Royal Greenwich Observatory’ can also bee found here.

The Stars: Guides to the Winter, Spring, Summer & Autumn constellations. Stars of the far south, Supernovae and gravitational waves, along with a look at the oldest stars and the origin of the Universe.

The planets: The Sun, Moon, and planets of our Solar System.