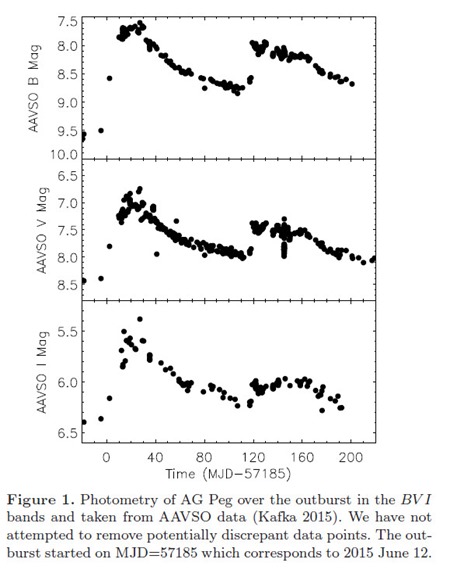 THE AMATEUR ASTRONOMER can do useful work even in today’s age of large ground based telescopes, and orbiting space observatories and one field of study is variable stars.

The constellation of Pegasus the winged horse is now visible low down in the eastern sky soon after 1 am. One star in the constellation is of great interest because astronomers are very keen to see if its light varies significantly over the coming weeks. That star is AG Pegasi and it lies in the head of the celestial horse at:

2015 turned out to be an interesting year for observers. On 27 May AG Pegasi suddenly began a major outburst reaching a peak Magnitude of 7.2 on 13 June. As amateur astronomers turned their attention to observing the star, the brightness of AG Pegasi declined slowly, until the last recorded brightness of the star on 17 January 2016 was Mag 8.5.

This provided a good opportunity for a team of astronomers lead by Gavin Ramsey of Armagh Observatory in the north of Ireland to observed AG Pegasi with the Swift X-ray satellite, and carryout Ultra Violet observations between June 2015 and January 2016. Their findings appear in today’s Monthly Notices of the Royal Astronomical Society. 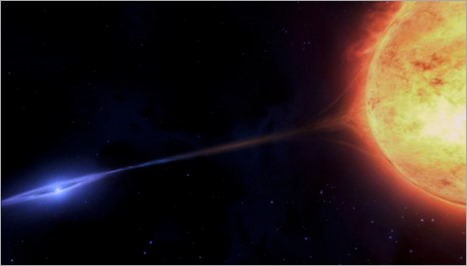 AG Pegasi is remarkable, not only because it is one of the slowest nova on record, it is a vampire star consisting of a giant red star of spectral type M3 with a mass 2.5 times that of the Sun, orbiting a white dwarf in a period of 818 days, which is about 2 years & 3 months.

The astronomers report that “The ‘slow-nova’ outburst of AG Pegasi in the mid 19th century was almost certainly driven by a Thermal Nuclear Reaction on the surface of the accreting white dwarf.”

Once sufficient material has been accreted from the red giant onto the white dwarf, nuclear burning continues until a thermonuclear runaway occurs and the white dwarf either ejects a small amount of material or its radius grows.

In contrast, “the double-peaked 2015 outburst was much less energetic and of shorter duration,” said the astronomers. 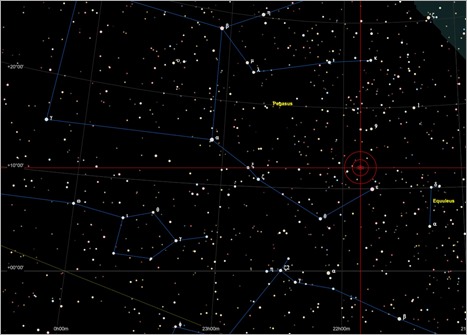 “In addition, whereas optical spectra taken during the decline of the slow-nova showed only absorption lines due to the expanded white dwarf’s photosphere, the optical spectra during the 2015 eruption displayed emission lines such as Oxygen-iv (indicating highly ionized species in the nebula) which imply that material was still being exposed to the photo ionizing hot white dwarf.

“Rather than mimicking a slow-nova, the 2015 outburst appeared more similar to classical symbiotic outbursts which have time scales of months to years (for instance Z Andromedae or AG Draconis). The coverage of the optical photometry during the rise to optical maximum was not high enough to reveal whether the eruption was triggered by an accretion-disk in-stability, as in Z Andromedae.

“However, the optical light curve of Z Andromedae during the 2000–2002 event, also shows a re-brightening event and is remarkably like AG Pegasi, the difference being that in Z Andromedae the out-burst lasted 2 years rather than 6 months in the case of AG Pegasi.”

The astronomers said that the re-brightening event of 2015 is also reminiscent of brightness oscillations seen in classical symbiotic outbursts in AX Persei, and AG Draconis, which some authors have speculated could be driven by resonances in an accretion disk.

They point out that “The modest increase in X-ray flux averaged over the 2015 event is also consistent with the increases in X-ray flux from Z And during its classical symbiotic outburst.”

Observations of AG Pegasi by amateur astronomers are urgently needed by astronomers to see if the star goes into outburst again this year, and to follow the star’s change in magnitude if it does so.

A finder chart with a number of comparison stars is shown here on the left.

If you have an opportunity please do try to observe AG Pegasi and make an estimate of it’s magnitude. It may well be that you will be the one to discover a new outburst from this fascinating star.