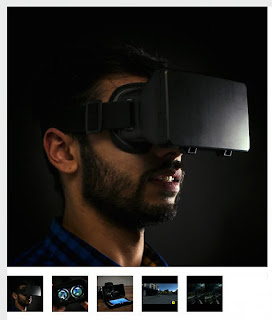 As a keen Astro-Photographer do you enjoy a challenge, are you ready to take your splendid images of the Universe to the next level --- Virtual 3D?
VIRTUAL 3D REALITY HEADSETS are about to take off in a big way during 2016 and in my opinion this will be an amazing opportunity for keen Astro-photographers to reach out to a new audience and take their imagery to the next level of excellence of amazing 3D.
As these Virtual Reality headsets are bought by large numbers of keen amateur astronomers, there will also be a need to allow them to see the wonderful sights of the night sky in 3D from the comfort of their home. While the potential for educational outreach is likely to explode into schools & astronomical society’s world-wide later this year.

Therefore as an Astro-photographer now is a good time to plan to create data sets of 3D images for use in these virtual reality headsets, and even make a little cash by putting your 3D image sets on sale to the public.

It will also create an opportunity for someone enterprising enough to create a Face Book group dedicated to 3D Virtual Reality images of Deep Sky objects, along with the Moon planets, as a focus for people who buy the head sets to become amateur astronomers themselves.
3D images come in two main types, Anaglyph that uses two images of red turquoise placed on top of each other, with a slight displacement to create the 3D affect, and Stereo pares, two images of the same object placed side by side to create the 3D illusion.

These 3D stereo pair images are easy to create in a photo application such as Photoshop, and an app to allow mobile phones to show them is freely available using a standard mobile phone. The phone is placed inside the holder at the front of inexpensive headsets to create the 3D image on display. The eye viewers on the headset are adjustable to stack both images on top of each other in the field of view to give the true 3D effect.
As the presenter of a monthly Astronomy program I can see this topic being a keen talking point in the weeks ahead as more people take up the Amateur Astro’ 3D image challenge.
Clear skies everyone and I look forward to seeing your splendid 3D space images soon.
Richard Pearson
Posted by RichardP at 14:15