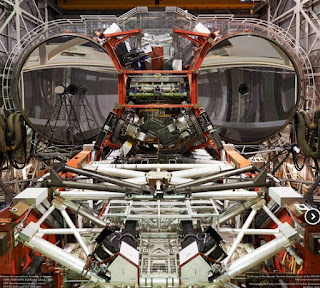 The Large Binocular Telescope is unlike any other telescope in the world, it has two identical 8.4 m mirrors mounted side-by-side on a common altitude-azimuth mounting for a combined collecting area of a single 11.8 m telescope. The entire telescope and enclosure is very compact due to the fast focal ratio (F/1.14) of the primary mirrors. 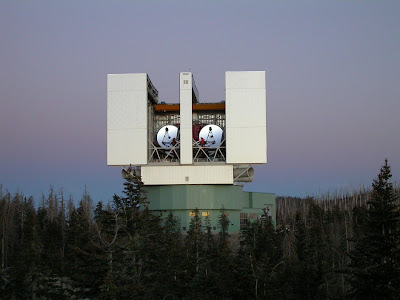 The Observatory is located in south-eastern Arizona near Safford in the Pinaleno Mountains on Emerald Peak at an altitude of 3200m.
It is mainly used for the search for extra solar planets, and infrared observations of deep space nebulae and galaxies.
Over the last 6 months the telescope has had new state-of the art infrared cameras installed, a process that was only completed a few weeks ago ready for the 2016 observing season.
The new science instrument is called LINC-NIRVANA. It is a near infrared imaging instrument for the Large Binocular Telescope designed to offer both multi adaptive optics, and interferometric beam combination for ultra high spatial resolution. The instrument is a collaboration between the German and Italian partners.
The Large Binocular Cameras are two wide-field cameras mounted on the prime focus swing arms of the telescope. LBC Blue is blue-optimized for observations from approximately 3500 to 6500 angstroms, while LBC Red is red-optimized for observations from approximately 5500 angstroms to 1 micron. The LBCs are used simultaneously in binocular mode. 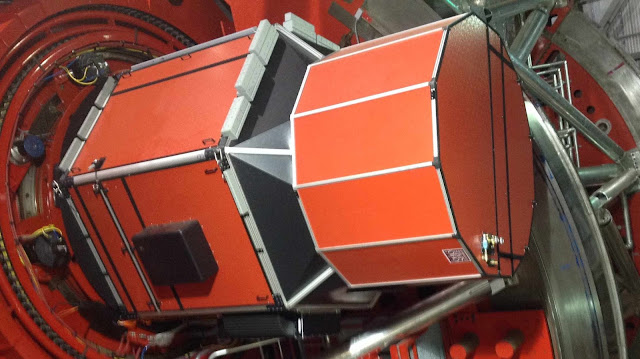 LUCI 1 and LUCI2 (Shown above) is a pair of infrared multi-mode instruments. In seeing-limited mode, each has a 4 arc-minute square field of view and will be capable of long-slit and multi-slit spectroscopy as well as imaging in the near infrared bands from 0.85 to 2.4 microns. Each instrument will ultimately include diffraction-limited optics (not available yet) covering a 30-arcsecond field of view for use with the adaptive secondary mirrors. 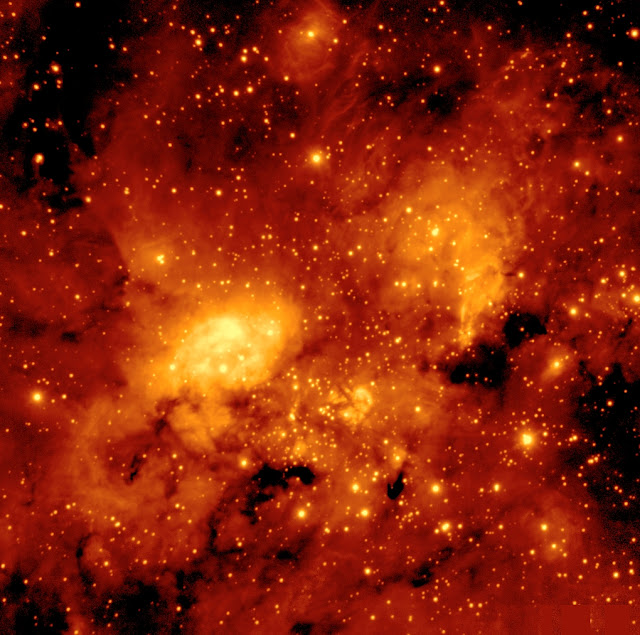 This is the first light A LUCI2 seeing-limited image of Westerhout 3, in the K band - FWHM: 0.54"