Have you seen Gallus the celestial Rooster? 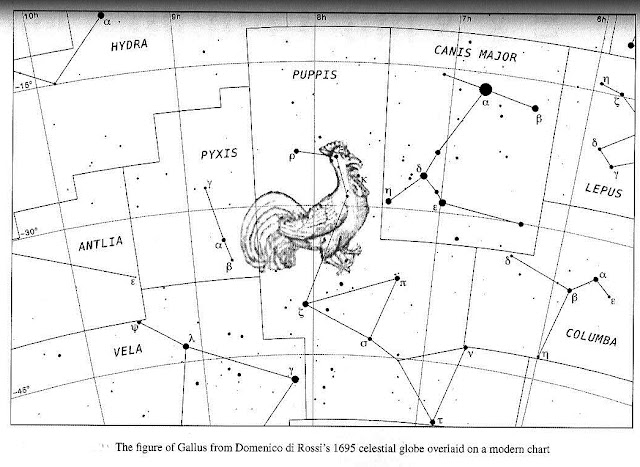 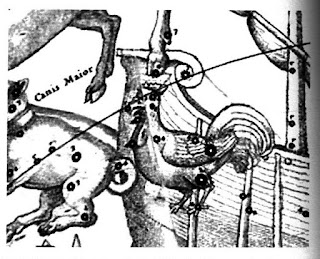 The rich southern skies as seen from the Philippines make the region a nice place in which to live for amateur astronomers. The whole of Eridanus (The River) is now on prominent display, along with the delightful small constellations of Coluba, Caelum, Pictor and the once great ocean vessel Argo Navis.
This has since been split up into three constellations of Carina (the Keel), Vela (the sails) and Puppis (the poop). Yet who would have thought that there is a rooster in the sky.
Gallus (the Rooster) was introduced on a star globe by Petrus Pancius he made in 1612. The Rooster was picked up by Jacob Bartsch who included it on charts in his usus astronomicus planisphaerii sellati published in 1624.  In later years astronomers had seen the stars of Gallus as the flag atop of the mast of Argo Navis.
The International Astronomical Union decided not to recognise Gallus as a true constellation so sadly it was lost from all future star atlases.
Gallus lies to the lower left of Canis Major, and today its stars form part of Puppis. It does not appear to be a large star group and the shape of the Rooster is left to the imagination. I thought that it would be interesting if your members could try and view The Rooster in the night sky and perhaps draw or even image the star group out of interest on the next clear evening.
Posted by RichardP at 13:00