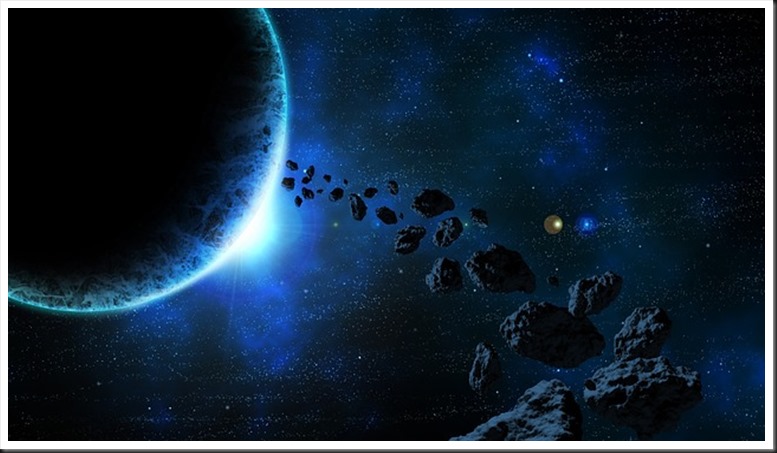 Based on a recent study done, Gliese 710 — a K-spectral type star in the constellation Serpens Cauda  — is bound for a close encounter with our solar system. Right now, it’s still about 64 light years away. At its current speed and path, it is estimated that it will be at its nearest distance to Earth in about 1.35 million years. That distance is roughly 1.2 trillion miles or 77 light-days (1 light-day is the distance light can travel in one day, or about 26 billion kilometres). When that time comes and at that distance, even at the size of only half our sun, Gliese 710 will appear as the “brightest and fastest object on the night sky formed outside the solar system”.

Although that’s still quite a long way off, the devastating threat it poses when the flyby finally happens cannot be dismissed because its impact will be felt for the next 10 million years.

The information that Gliese 710 will pass close to us is not entirely new. In fact, scientists have been aware of this for years, which is why they have been tracking its movement. However, it’s knowing that it will make a much closer approach than what was once thought — probably about five times closer — that’s new. And more importantly, it’s the direction it’s taking that’s causing serious alarm.

According to the data collected from the European Space Agency’s (ESA) Gaia mission, Gliese 710 will not directly hit any object in our solar system, but it will likely travel through the Oort cloud, which is circling our solar system and is filled up with billions of comets and other icy objects. Because of its strong gravitational force, Gliese 710 — as it is passing through the Oort cloud — can influence the movement of the swarm of comets, change their course and hurtle towards our planet.

Not all those comets may make their way to us, though. Some may drift away further into space, get absorbed by the sun, pulled into other planets with stronger gravity, or maybe fall into a black hole? However, it’s impossible to think that none of those billions will hit us directly. And that’s what’s terrifying because we’re potentially looking at a comet shower that will last for 3 – 4 million years.

Remember that it took just one asteroid to wipe out the dinosaurs. Just imagine what a barrage of comets