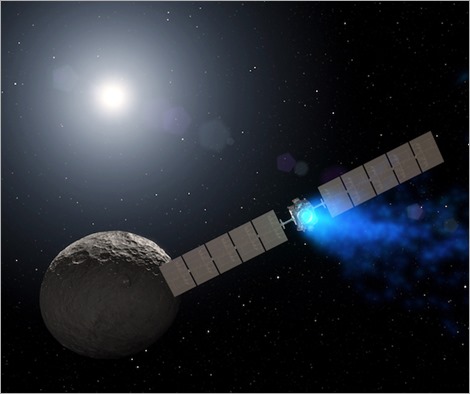 A high-telescope program that could have pinpointed the locations of thousands of asteroids orbiting near the Earth was recently rejected by NASA, the third time the mission has been shot down.

According to Business Insider, the Near-Earth Objects Camera (NEOCam) has the ability to find rocks in space as small as 140 meters in diameter. The program was partially funded for a year, but America's space agency did not commit to going at the program full speed.

There is worry a sizable asteroid could someday strike Earth and, in the worst-case scenario, destroy a city or more. The planet is pockmarked with old craters caused by asteroids, meteorites, and other space particles.

NASA's website claims an asteroid as big as a car enters the Earth's atmosphere once a year but burns up. More serious incidents take place less frequently.

"Every 2,000 years or so, a meteoroid the size of a football field hits Earth and causes significant damage to the area," NASA's website reads. "Only once every few million years, an object large enough to threaten Earth's civilization comes along. Impact craters on Earth, the moon, and other planetary bodies are evidence of these occurrences."

A 2005 law mandated NASA locate 90 percent of the near-Earth objects larger than 140 meters in diameter by 2020. According to Business Insider, the agency is well behind that goal.

Asteroids that large have the potential to pack a mean punch in the form of 60 megatons worth of TNT, according to the report.

"You do that over a city, and it's a very, very bad day," Mark Sykes, the director of the Planetary Science Institute and one of the scientists on the NEOCam team, told Business Insider. "It's important to look at your neighbourhood, from a planetary defence standpoint."

Earlier this month, NASA did opt to fund two missions that will explore asteroids in and around the main asteroid belt. The agency hopes the data from the mission will provide a glimpse into the early days of the solar system.