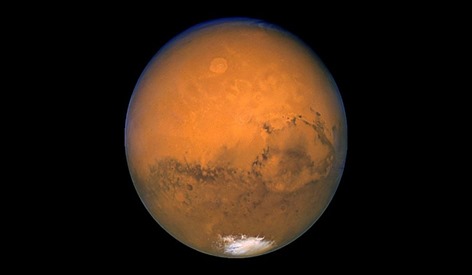 Researchers at NASA's Jet Propulsion Laboratory and Zooniverse are asking for the public's help in learning more about Mars' ancient, watery past.

Through the Planet Four: Ridges project, armchair scientists can comb through images from the Mars Reconnaissance Orbiter (MRO) to help find evidence of large polygonal ridges.

Why search for these ridges? For one, a network of these ridges has been found in the Medusae Fossae region. These thin, blade-like walls - some as tall as a 16-story building - have also been seen in other regions of the Red Planet.

For a comparison, the Gate Tower Building in Osaka, Japan, is 16 stories tall. It's even big enough to have a highway passing through it! Similar natural ridges also exist on Earth, such as Shiprock in north-western New Mexico, which is roughly 30 feet (about 10 meters) tall.

The simplest explanation for these impressive ridges, according to a NASA/JPL statement, is that lava flowed into pre-existing fractures in the ground and later resisted erosion better than material around them.

See Also: Get 'Spaced Out' During Your Lunch Break

"Finding these ridges in the Medusae Fossae region set me on a quest to find all the types of polygonal ridges on Mars," said Laura Kerber of NASA's Jet Propulsion Laboratory, Pasadena, California, lead author of a survey report published this month in the journal Icarus. 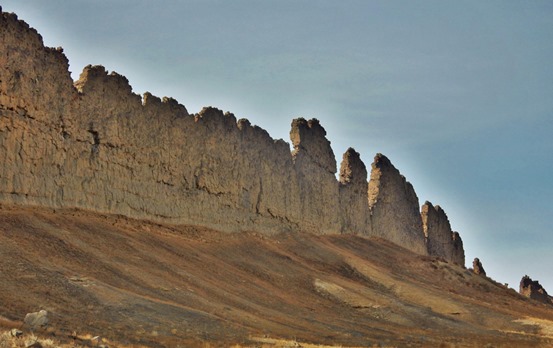 Sometimes referred to as boxwork ridges, these raised lines intersect as the outlines of multiple adjoining geometric shapes - such as rectangles, pentagons, triangles or other polygons. But despite the similarity in shape, these networks differ in origin and vary in scale from inches to miles.

Rovers have found smaller examples, such as those found by the Curiosity rover at "Garden City." These miniature versions are veins deposited by mineral-laden groundwater moving through underground fissures, long before erosion exposed the veins. Curiosity recently also imaged small boxwork ridges that likely originated as mud cracks.

Other, much larger ridges - each more than a mile (more than 2 kilometres) wide - have been also been documented at a location called "Inca City" near Mars' south pole. But these may have resulted from impact-related faults underground, with fractures filled by rising lava that hardened and was later exposed by erosion.

"Polygonal ridges can be formed in several different ways, and some of them are really key to understanding the history of early Mars," Kerber said. "Many of these ridges are mineral veins, and mineral veins tell us that water was circulating underground."

Further ridges in the Nilosyrtis Mensae region may also hold clues about Mars' ancient wet and possibly warm environment. So far, examples have tended to be in the same areas as water-related clues such as minerals that form in hot springs, clay-mineral layers and channels carved by ancient streams.

That's why the NASA/JPL scientists need our help. A larger sample is needed to test this hypothesis, and many hands make for lighter work - and a quicker solution.

The main goal is to map where these polygonal ridges occur. After you've joined the team, you will be asked to look for networks of ridges that intersect, making a characteristic polygonal, spider-web-like pattern. Additionally the locations you identify will serve as likely future targets for higher resolution observations.