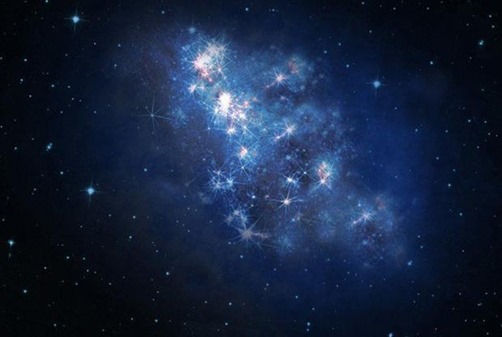 India’s first dedicated space observatory, ASTROSAT, has captured the rare phenomenon of a small, 6-billion-year-old “vampire” star “preying” on a bigger celestial body. Scientists say the smaller star, also called a “blue straggler”, feeds off its companion star by sucking out its mass and energy, causing its eventual death.

“The most popular explanation is that these are binary systems in which the smaller star sucks material out of the bigger companion star to become a blue straggler, and hence is called a vampire star.

“The small star becomes bigger, hotter and bluer, which gives it the appearance of being young, while the ageing companion burns out and collapses to a stellar remnant,” said Annapurni Subramaniam, a Professor at the Indian Institute of Astrophysics.

Though this phenomenon is not unheard of, the observation of the entire process through the telescope will provide insights that will help scientists in studying the formation of ‘blue straggler’ stars.

This discovery also highlights the capabilities of the telescopes on ASTROSAT, a dedicated space observatory satellite launched in September 2015.

The study was recently published in Astrophysical Journal Letters by a team of scientists from IIA, Inter-University Centre of Astronomy and Astrophysics (IUCAA), Tata Institute of Fundamental Research (TIFR), Indian Space Research Organisation (ISRO) and the Canadian Space Agency (CSA).

Scientists are now looking to understand the chemical composition of the ‘blue straggler’ using high resolution spectroscopy, which could reveal more about the evolution of these peculiar celestial objects.

The stars are part of a “cluster” called NGC 188 formed some 6 billion years ago, and are much older than the sun, which is believed to have come into existence nearly 4.5 billion years ago.

“As the sucked up material from the ageing star will be polluted with material processed within the ageing star, this blue straggler will throw light on the kind of nuclear processing that happens in ageing stars”, Subramaniam, also the Calibration Scientist of UVIT on board the ASTROSAT, said.