Become a subscriber to the 2017 Yearbook of Astronomy 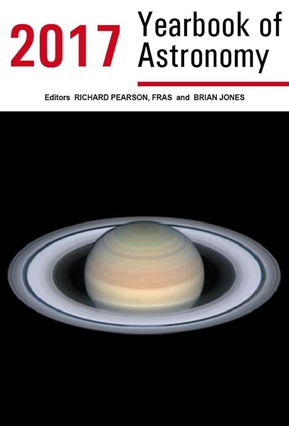 If you would like to learn more about becoming a Subscriber to the forthcoming 2017 Yearbook of Astronomy, read on . . .

It recently came to the notice of Richard Pearson and myself that the publishers of the Yearbook of Astronomy had taken the decision to cease production, and that the 2016 edition would be the last. Not wishing to see the Yearbook disappear from the bookshelves, we have taken over the task of editing it and have found a publisher for the 2018 edition onward. However, in order to maintain the continuity of the Yearbook – which first appeared way back in 1962 – we intend to self-publish a (shorter) edition for 2017, although because of the limited time we have available to produce this, we envisage that the 2017 edition will not be published until around late-March or early-April. We hope that the readers and devotees of the Yearbook will understand this and support our efforts by purchasing a copy for their library . . .

Becoming a Subscriber to the 2017 Yearbook of Astronomy will involve a nominal one-off payment of £21 in return for which you would receive a copy of the book on publication, along with an entry of your name under the List of Subscribers which will be printed in the book itself. Payments can be made via PayPal here.

When you make your payment, please include YOUR NAME (as you wish it to appear in the List of Subscribers) and YOUR FULL MAILING ADDRESS (so we can post a copy of the Yearbook to you on publication).

In addition, we have started a Facebook group devoted to the Yearbook where you will find further details of the forthcoming 2017 edition and we invite anyone who is interested to join. Please note that any postings added to the group must specifically relate to the Yearbook of Astronomy rather than just to astronomy and space in general. The group can be found here.