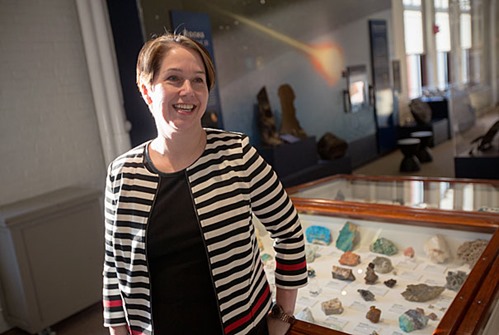 Lindy Elkins-Tanton took the helm of Arizona State University's School of Earth and Space Exploration in 2014 and put in a bid for the school to lead a NASA mission.

This month, NASA chose ASU to lead that $450-million Discovery mission to the metallic asteroid Psyche. ASU will also build a critical instrument for the robotic spacecraft and has a role in a second NASA mission announced last week.

It's big news for ASU and the 10-year-old school, which is leading its first NASA mission. It's also a rarity in space-science circles, where the odds of landing a NASA mission on the first try are, well, astronomical.

"It's kind of outrageous," Elkins-Tanton said in a telephone interview, then quickly noted she has been personally working on the science behind the mission for more than five years and she now heads a school that already serves as mission control for two NASA space-based instruments.

But, as she wrote on the Psyche Facebook page the day the selection was announced: "We worked a paltry five and a half years. Other teams have gone through this process twice, three times."

The Psyche mission, combined with the University of Arizona-led OSIRIS-REx sample-return mission, makes Arizona a hub for asteroid exploration, she said. 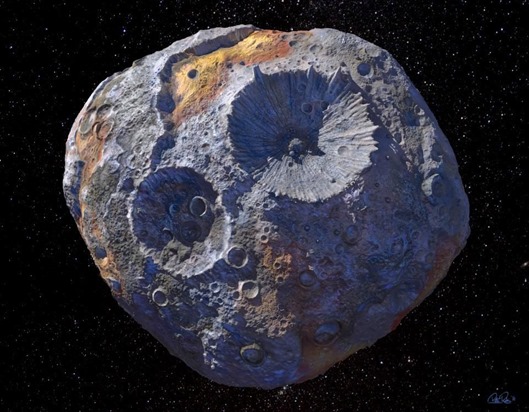 She also envisions the two universities, along with NAU and Lowell Observatory transforming the state into "the aerospace capital of the world."

The Discovery program is a competition for "small" missions, capped at $450 million. Finalists for the current round of awards included two missions to Venus and a bid to launch an infrared space telescope to look for near-Earth objects.

The telescope, called NEOCam, was not selected, but NASA continued funding for its further development.

At a NASA Small Bodies Assessment Group meeting in Tucson last week, a NASA official congratulated the group of asteroid and comet researchers from across the country for "running the table" in the latest announcement of NASA Discovery program awards.

In addition to Psyche, NASA selected the Lucy mission, which will provide the first close look at six "Trojan" asteroids that are caught in Jupiter's orbit, leading or following the giant planet in its long orbit around the sun.

That mission, led by Hal Levison of the Southwest Research Institute in Boulder, Colorado, will visit six "unique" bodies, — "unique, in that we know nothing about them," Levinson told the small-bodies group on Thursday.