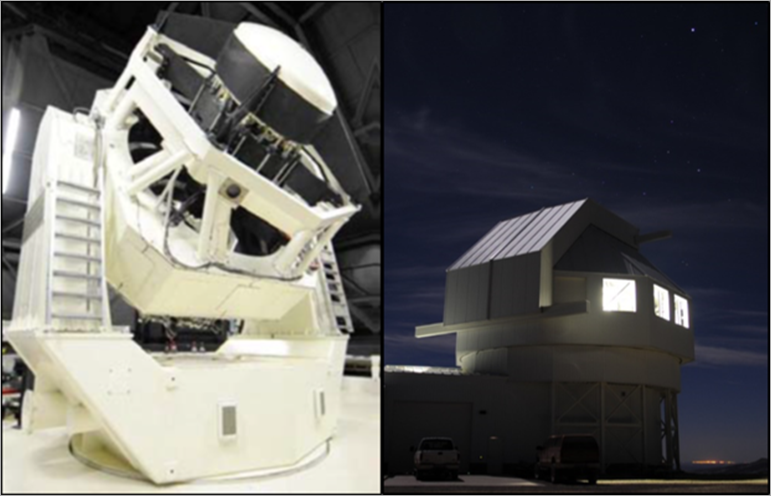 The DARPA-developed Space Surveillance Telescope (SST) will this week get a new permanent home in Australia with the Air Force Space Command where it promises to rapidly bolster the nation’s ability to more quickly spot and track faint objects in space. 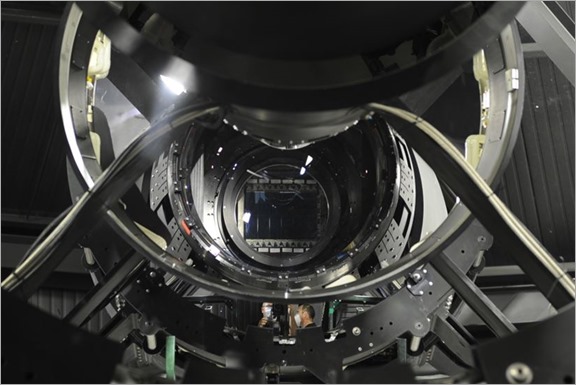 The Air Force, says the SST features unique image-capturing technology known as a curved charge coupled device (CCD) system,  as well as very wide field-of-view, large-aperture optics, and doesn't require the long optics train of a more traditional telescopes. The design makes the SST less cumbersome on its moveable mount, letting it survey the sky rapidly, the Air Force says. The telescope's mount uses advanced servo-control technology, making the SST one of the most agile telescopes of its size ever built.

From DARPA: "Beyond providing faster data collection, the SST is very sensitive to light, which allows it to see faint objects in deep space that currently are impossible to observe. The detection and tracking of faint objects requires a large aperture and fast optics.  The SST uses a 3.5 meter primary mirror, which is large enough to achieve the desired sensitivity. The system is an f/1.0 optical design, with a large-area mosaic CCD camera constructed from the curved imagers and a high-speed shutter allowing for fast scanning at the high sensitivity."

The SST has a number of missions, watching for debris in low earth orbit to help existing satellites avoid collisions chief among them, it also tracks objects in deep space and offers astronomers a wide-angle lens to take astronomical surveys of stars and comets, DARPA says.

A view of the M20 Trifid Nebula, taken by the Defense Advanced Research Projects Agency’s advanced Space Surveillance Telescope, soon to be transitioned to the Air Force and moved to Australia, where it will provide key space situational awareness from the southern hemisphere -- a still largely unexplored area of the geosynchronous belt. DoD photo Credit: Dod/DARPA

“Space is congested with tens of thousands of manmade objects as well as micro-meteors, asteroids and other natural satellites,” Lindsay Millard wrote in a post on the DARPA website. “[And] space is contested by a range of manmade threats that may have adverse effects on satellites.”

SST’s wide-open eye on the sky promises to become the most prolific tool ever for observing near-Earth objects and potentially harmful asteroids. The Air Force and Australian Government have announced plans to move SST to Australia and operate it jointly. From its new home, SST will provide key space situational awareness information from the southern hemisphere—an area of the geosynchronous belt that is currently sparsely observed, DARPA said.