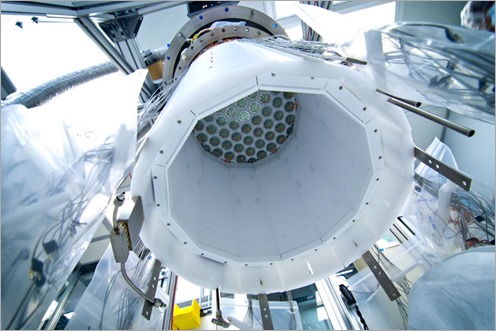 In initial searches, proponents of WIMPs expected that the particles would be easy to find. “It was thought to be like, ‘OK, we’ll run the detector for five minutes, discover dark matter, and we’re all done,’” says physicist Matthew Szydagis of the University at Albany in New York, a member of LUX. That has turned into decades of hard work. As WIMPs keep failing to turn up, some scientists are beginning to become less enamoured with the particles and are considering other possibilities more closely.

One alternative dark matter contender now attracting more attention is the axion. This particle was originally proposed decades ago as part of the solution to a particle physics quandary known as the strong CP problem — the question of why the strong nuclear force, which holds particles together inside the nucleus, treats matter and antimatter  equally. If dark matter consists of axions, the particle could therefore solve two problems at once.

Axions are small fry as dark matter goes — they can be as tiny as a millionth of a billionth the mass of a WIMP. The particles interact so feebly that they are extremely difficult to detect. If axions are dark matter, “you’re sitting in an enormous, dense sea of axions and you don’t even notice them,” says physicist Leslie Rosenberg of the University of Washington in Seattle, the leader of the Axion Dark Matter eXperiment. After a recent upgrade to the experiment, ADMX scientists are searching for dark matter axions using a magnetic field and special equipment to coax the particles to convert into photons, which can then be detected.

Although WIMPs and axions remain the front-runners, scientists are beginning to move beyond these two possibilities. In between the featherweight axions and hulking WIMPs lies a broad range of masses that hasn’t been well explored. Scientists’ favorite theories don’t predict dark matter particles with such intermediate masses, says theoretical physicist Kathryn Zurek of Lawrence Berkeley National Laboratory in California, but that doesn’t mean that dark matter couldn’t be found there. Zurek advocates a diverse search over a broad range of masses, instead of focusing on one particular theory. “Dark matter direct detection is not one-size-fits-all,” she says.

In two papers published in Physical Review Letters on January 7 and September 14,  Zurek and colleagues proposed using superconductors — materials that allow electricity to flow without resistance — and superfluid's, which allow fluids to flow without friction, to detect light dark matter particles. “We are trying to broaden as much as possible the tools to search for dark matter,” says Zurek. Likewise, scientists with the upcoming Super Cryogenic Dark Matter Search SNOLAB experiment, to be located in an underground lab in Sudbury, Canada, will use detectors made of germanium and silicon to search for dark matter with smaller masses than the xenon experiments can. 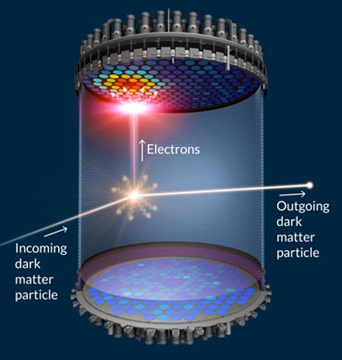 Scientists have not given up on xenon WIMP experiments. Soon some of those experiments will be scaling up — going from hundreds of kilograms of liquid xenon to tons — to improve their chances of catching a dark matter particle on the fly. The next version of XENON100, the XENON1T experiment (pronounced “XENON one ton”) is nearly ready to begin taking data. LUX’s next generation experiment, known as LUX-ZEPLIN or LZ, is scheduled to begin in 2020. PandaX-II scientists are also planning a sequel. Physicists are still optimistic that these detectors will finally find the elusive particles. “Maybe we will have some opportunity to see something nobody has seen,” says Xiangdong Ji of Shanghai Jiao Tong University, the leader of PandaX-II. “That’s what’s so exciting.”

But other experiments have not used the same technology as DAMA, says theoretical astrophysicist Katherine Freese of the University of Michigan in Ann Arbor. “There is no alternative explanation that anybody can think of, so that is why it is actually still very interesting.” Three upcoming experiments should soon close the door on the mystery, by searching for dark matter using sodium iodide, as DAMA does: the ANAIS experiment in the Canfranc Underground Laboratory in Spain, the COSINE-100 experiment at YangYang Underground Laboratory in South Korea, and the SABRE experiment, planned for the Stawell Underground Physics Laboratory in Australia.

Scientists’ efforts could still end up being for naught; dark matter may not be directly detectable at all. “It’s possible that gravity is the only lens with which we can view dark matter,” says Szydagis. Dark matter could interact only via gravity, not via the weak force or any other force. Or it could live in its own “hidden sector” of particles that interact among themselves, but mostly shun normal matter.

Even if no particles are detected anytime soon, most scientists remain convinced that an unseen form of matter exists. No alternative theory can explain all of scientists’ cosmological observations. “The human being is not going to give up for a long, long time to try to search for dark matter, because it’s such a big problem for us,” says Ji