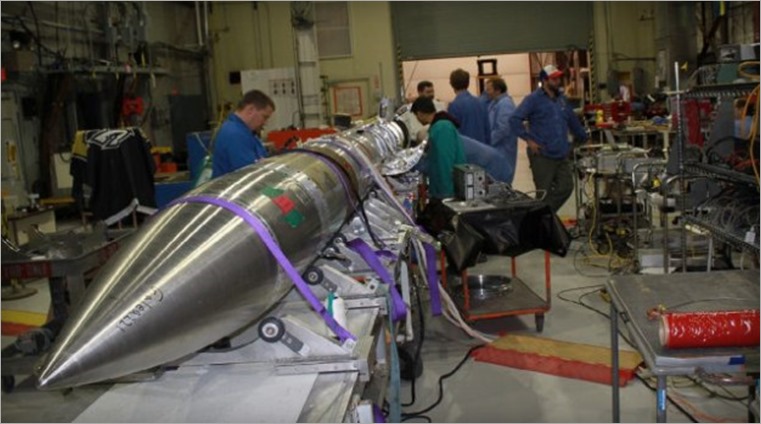 It’s a new mystery for astronomers: About a quarter of the high-energy X-rays picked up by the NASA-funded DXL sounding rocket on its most recent 15-minute flight must have come from somewhere else, and we don’t know where that somewhere might be.

Let’s step back and explain what’s going on first. A sounding rocket (also called a research rocket) is a rocket designed to take measurements and perform experiments in sub-orbital flights. DXL is short for Diffuse X-ray emission from the Local galaxy, which is exactly what the rocket was sent to measure. On this run, the instrument solved a longstanding question about the origins of the dim X-ray fog blanketing the entire sky. Evidence it collected confirms predictions that our solar system is moving through a region called the Local Hot Bubble, which may have been blasted clear by supernova explosions during the past 20 million years.

In addition to confirming the LHB, the rocket’s readings show the relative contribution of the solar wind and the LHB to the sum total of X-rays in the fog: about 40% of the observed X-rays come from the solar wind, and we find those mostly along the ecliptic. The LHB accounts for most of the rest. But DXL also found some high-energy X-band photons whose origins are still unexplained. 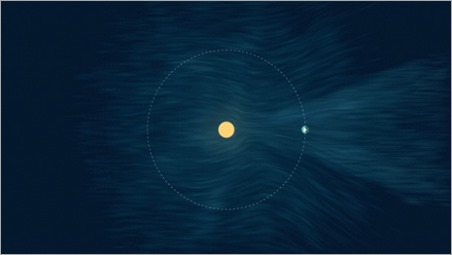 “We think that around 10 million years ago, a supernova exploded and ionized the gas of the Local Hot Bubble,” said study co-author Massimiliano Galeazzi. “But one supernova wouldn’t be enough to create such a large cavity and reach these temperatures — so it was probably two or three supernova over time, one inside the other.”

The high-energy X-rays, though, are too high-energy to have come from either the solar wind or the LHB, even in the wake of double or triple supernovae. “These sources contribute less than a quarter of the X-ray emission,” said lead author Youaraj Uprety. “So there’s an unknown source of X-rays in this energy range.”

To get the best readings on solar wind versus interstellar helium, DXL waited to launch this mission until Earth was passing through the sun’s helium-focusing cone. The helium-focusing cone is comparable with the sun’s wake: a region of space “behind” the sun, with respect to its axis of travel, where neutral helium from the LHB is much denser than in the rest of the inner solar system.

“The solar system is moving through interstellar space at about 15 miles per second,” said Uprety. “This space is filled with hydrogen and helium. The helium is a little heavier, so it carves around the sun to form a tail.” DXL flew right into that tail and took readings to figure out just where the X-rays it picked up had come from. Our galaxy has lots of neutral gas that would absorb X-rays coming from distant sources — meaning that these X-rays must originate somewhere near our solar system. At the same time, there’s nothing nearby that looks responsible; the LHB just isn’t hot enough to produce X-ray emissions at those energies, said Uprety.

“So we’re left with an open question on the source of these X-rays,” he said.