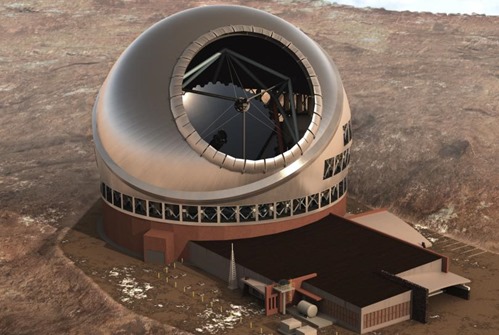 Fresh hearings to decide the fate of the planned Thirty Meter Telescope (TMT) began Thursday in Hilo, Hawaii. The proceedings, which will decide whether the stalled construction work at the Big Island's Mauna Kea mountain will go ahead, are expected to last until next month.

The hearings come almost a year after the Supreme Court of Hawaii revoked a permit that would have allowed the construction of TMT to proceed atop the Mauna Kea summit. In a December ruling, the court said that the land board’s approval process was flawed.

On Thursday, environmental planner Perry White, principal author of the permit application filed by the University of Hawaii for the TMT project, argued that the project met the criteria for land use in a state-designated conservation district.

“White ... also noted that the Thirty Meter Telescope will be situated within the Maunakea area already sub-zoned for astronomy-related purposes,” the TMT project collaboration said in a statement. “He stressed that the project will not cause substantial adverse impacts to existing natural resources within the surrounding area, community or region.”

If constructed, the $1.4 billion telescope would be one of the world’s largest. Designed to operate in near-ultraviolet and mid-infrared wavelengths, the TMT would have a much higher resolution than that of the Hubble Space Telescope, allowing scientists to glimpse the universe in its infancy. Mauna Kea, which is a dormant volcano, is the ideal site as it provides a clear view of the sky for most part of the year, with little air and light pollution.

However, the site is considered sacred by some native Hawaiians, who say that the land contains burials, monuments, and places of worship venerated by them. Some environmentalists have also opposed the telescope’s construction, claiming that it would damage the ecosystem and harm the existing physical and environmental aspects of the land.

“This is a very simple case about land use,” Kealoha Pisciotta, a former telescope operator on Mauna Kea who has, over the past decade, led protests against the TMT, told the New York Times earlier this month. “It’s not science versus religion. We’re not the church. You’re not Galileo.”