Iran to Send Astronauts into Space in “5 Years” 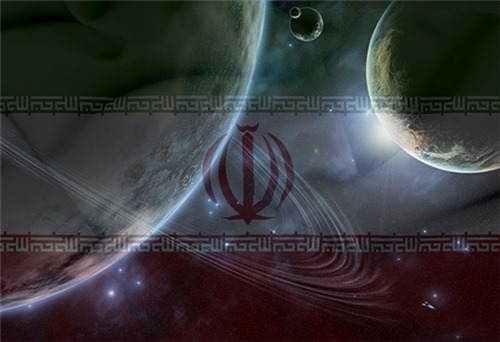 "We will send man into the space to the suborbital level in the next five years and we will have an orbital launch until 2025," Ommi told reporters in a press conference in Tehran today.

A suborbital spaceflight is a flight in which the spacecraft reaches space, but its trajectory intersects the atmosphere or surface of the gravitating body from which it was launched, so that it does not complete one orbital revolution.

Ommi explained that Iran has held negotiations with Russia and China on the project, but has eventually selected Russia for the launch, given its long experience in aerospace industry.

Earlier this month, Director of Iranian Space Agency (ISA) Mohsen Bahrami has also announced the country's plans to send astronauts into space in cooperation with Russia.

"The project to send man into space is still a priority of the ISA and we have even held some negotiations with Russia to send astronauts into space," Bahrami told reporters in Tehran.

Elsewhere, he referred to Iran's talks with Eutelsat, Intelsat, Sputnik, Asia sat and SCS satellite operators belonging to the European and Asian states, including France, Britain, Russia, China, South Korea and Japan, and said, "After these negotiations and inking the initial contract, we intend to buy a remote sensing and a telecommunication satellites."

Bahrami also expressed the hope for the start of interactions with the National Aeronautics and Space Administration (NASA) in the future, saying that "NASA is an independent international agency whose executive branch is just in the US".

Bahrami had announced last month the country's plans to send one or two satellites into the orbit by the end of the current Iranian year (March 20), adding that an optical telescope will also start work in October.

"This year, we will send Dousti (Friendship) satellite into space and we will also be ready for a second launch late this year or early next year," Bahrami said.

He also said that the project to install the ground-based optical telescope system to observe objects in space is being implemented at Mahdasht space centre near Tehran and will be launched within a month.

Iranian Minister of Communications and Information Technology Mahmoud Vaezi announced in August that the country's experts have started efforts to build a remote sensing satellite with environmental applications.

"The work on building a remote sensing satellite started last week," Vaezi told reporters in the Northern city of Sari.

"By building the satellite, the country will further develop in environmental, agricultural, water and soil fields," he added.

In February 2015, Iran’s domestically-made National Fajr (Dawn) satellite was launched into orbit and started transmitting data to its stations on earth.

The satellite made its first contact with its ground stations hours after it was put into the orbit.

Fajr satellite is technically characterized by an orbit which could promote from 250 to 450 kilometres through a thruster or an engine.

Equipped with GPS navigation system, Fajr, weighing 52 kilos, is the fourth Iranian-made satellite which was put into orbit after three others between 2009 and 2012.

After Iran launched its first locally-built satellite, Omid (Hope), in 2009, it put two other satellites including, Rasad (Observation), and Navid-e Elm-o Sanat (Harbinger of Science and Industry) into space.