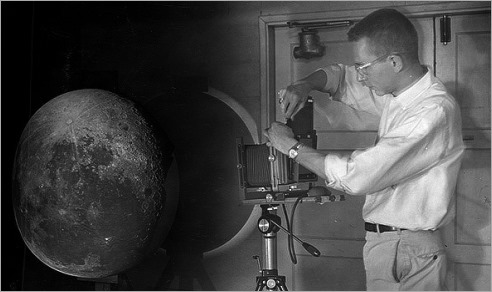 Ewen Whitaker never walked on the moon but he mapped it and named its features. His work made it possible to select sites where Neil Armstrong and the Apollo astronauts were able to land safely and explore the lunar surface.

Whitaker, the last original member of the University of Arizona's Lunar and Planetary Laboratory, died Tuesday at the age of 94.

He was hired by LPL Director Gerard Kuiper to help create an atlas of the moon, first at Yerkes Observatory at the University of Chicago and later at the UA, where Kuiper established the Lunar and Planetary Lab in 1960.

When President John F. Kennedy announced in 1961 that America would land on the moon by the end of the decade, moon-mapping became critical to that effort and the lab grew exponentially.

According to the Lunar and Planetary Lab's website history, Whitaker pioneered the technique of combining ultra-violet and infrared images of the moon's surface to make compositional maps. The maps were "instrumental to the selection of landing sites for the Surveyor and Apollo missions."

Planetary scientist William Hartmann, one of the laboratory's first three graduate students, said Whitaker was an unassuming man with "a wonderful sense of humor. He was this jolly, witty English guy, just a generally wonderful person to be around."

"When the famous scientists of the day would visit, it was really remarkable — they did not know as much about the moon and planets as Ewen did. He knew each mountain and each crater and each crag and he knew the names of them," Hartmann said. 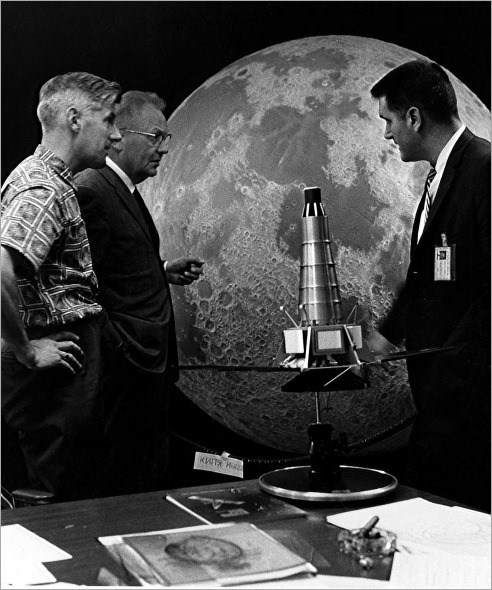 Whitaker was born in England and was astronomer at the Royal Observatory in Greenwich when he saw Kuiper speak at a conference in Ireland in 1955.

Kuiper was enlisting help for creating a moon atlas, something Whitaker had already started. Whitaker, in a history he wrote about the early days of LPL, said he later found out that he was the only one to respond to Kuiper's request.

At the UA, he wrote: "We started up in very humble surroundings. We had one Quonset hut where the Science Library is now."

The team soon moved to the new Physics and Atmospheric Sciences building and by 1965, with the space race heating up, Kuiper secured NASA funds for a new building, now named the Kuiper Space Sciences Building.

Whitaker retired from the UA in 1987, but he continued to participate in its programs, especially the Apollo gatherings, said Maria Schuchardt, data manager of the Space Imagery Center at the lab.

"Throughout the years, he didn’t have a computer, so a lot of people would get in touch with me to ask him questions about the moon. The last time I saw him, somebody was asking about the Surveyor mission, so I dropped the email off at his house. He was always kind and gentle and just a delight to be with," she said.

LPL Director Tim Swindle called Whitaker "our remaining link to the founding of the lab and very much a part of its history."

"He was gracious, he was lovable, and in the 1960s, he knew more about the moon than any person in history."