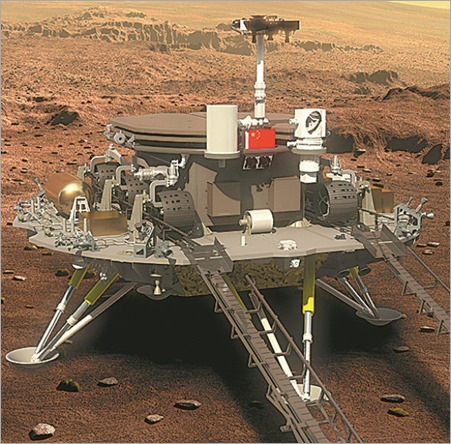 China has unveiled its new space probe that they will send to the Moon & Mars in the near future.

China has resolved to advance its geological research in Earth's polar regions, the moon, Mars and other planets In a blueprint issued recently by the Ministry of Land and Resources, the ministry placed emphasis on studying the chemical composition of the moon and Mars, as well as their evolution and remote sensing measurements.

A survey of lunar gravity and magnetism as well as probes into the moon's deep interior structure will also be carried out in the next five years. Other ambitious projects described in the blueprint include constructing terrestrial analogues to the moon and Mars, and carrying out their geological mapping.

A staff member from China Geological Survey said that, as the moon is Earth's only permanent natural satellite, and Mars is a rocky planet somewhat similar to Earth, research relating to both celestial bodies contributes to the study of Earth and its geodiversity.

By 2020, the Ministry of Land and Resources is expected to launch 21 operational satellites and six research satellites, which will form an advanced satellite observation system. The department has also vowed to upgrade the application efficacy of the satellites, which will increase their capabilities in marine management, mapping and disaster prevention.