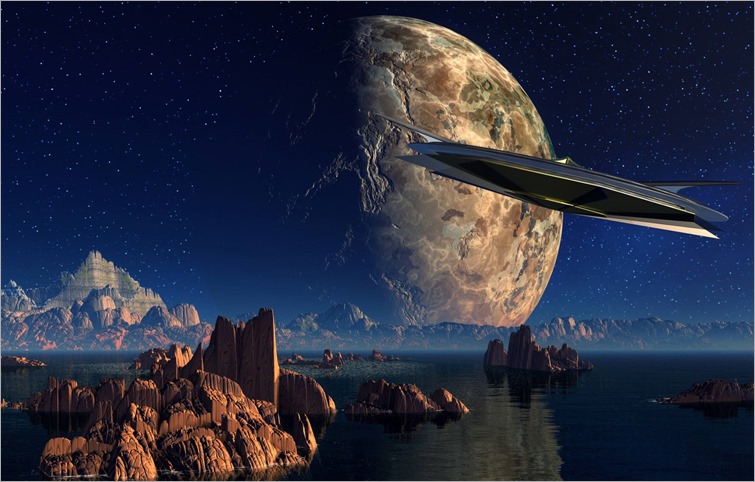 Exposure to highly energetic charged particles can lead to a range of potential central nervous system complications that can occur during and persist long after space travel, says a team of researchers led by Prof. Charles Limoli of the University of California, Irvine.

“The current findings raise much greater alarm. This is not positive news for astronauts deployed on a two-to-three-year round trip to Mars,” said Prof. Limoli, who is the senior author of a rodent study published in Monday’s issue of the journal Scientific Reports.

“The space environment poses unique hazards to astronauts. Exposure to these particles can lead to a range of potential central nervous system complications that can occur during and persist long after actual space travel – such as various performance decrements, memory deficits, anxiety, depression and impaired decision-making.”

“Many of these adverse consequences to cognition may continue and progress throughout life,” he said.

For the study, rodents were subjected to charged particle irradiation — fully ionized oxygen and titanium — at the NASA Space Radiation Laboratory.

Six months after exposure, Prof. Limoli and his colleagues still found significant levels of brain inflammation and damage to neurons.

High resolution imaging revealed that the brain’s neural network was impaired through the reduction of dendrites and spines on these neurons, which disrupts the transmission of signals among brain cells. These deficiencies were parallel to poor performance on behavioural tasks designed to test learning and memory.

In addition, the researchers discovered that the radiation affected ‘fear extinction,’ an active process in which the brain suppresses prior unpleasant and stressful associations, as when someone who nearly drowned learns to enjoy water again.

“Deficits in fear extinction could make you prone to anxiety, which could become problematic over the course of a three-year trip to and from Mars,” Prof. Limoli said.

Most notably, these results mirror the six-week post-irradiation findings of Prof. Limoli’s 2015 study.

“While dementia-like deficits in astronauts would take months to manifest, the time required for a mission to Mars is sufficient for such impairments to develop,” Prof. Limoli said.

“People working for extended periods on the International Space Station, however, do not face the same level of bombardment with galactic cosmic rays because they are still within the Earth’s protective magnetosphere.”

This work is part of NASA’s Human Research Program. Investigating how space radiation affects astronauts and learning ways to mitigate those effects are critical to further human exploration of space, and NASA needs to consider these risks as it plans for missions to Mars and beyond.

“Partial solutions are being explored. Spacecraft could be designed to include areas of increased shielding, such as those used for rest and sleep,” Prof. Limoli said.

“However, these highly energetic charged particles will traverse the ship nonetheless, and there is really no escaping them.”