About 420 light years from our solar system, there is a celestial body that looks like Saturn on steroids. It lies in the southern constellation of Centaurus: RA 14h 07m 47.93s Declination -39 45’ 42.7” . A relatively young star, its age is estimated to be 16 million years, and its mass is about 90% that of the Sun's. The star has an apparent magnitude of 12.3 and requires a telescope to be seen.

Its rings are about 200 times larger than its counter part here, measuring about 75 million miles in diameter. The ring system is so large, in fact, that scientists aren’t sure why it doesn’t get ripped apart by the gravity of the star it orbits.

The discovery of the J1407 system and its unusual eclipses were first reported by a team led by University of Rochester astronomer Eric Mamajek in 2012. The existence and parameters of the ring system around the sub stellar companion J1407b were deduced from the observation of a very long and complex eclipse of the previously anonymous star J1407 during a 56-day period during April and May 2007. The low-mass companion J1407b has been referred to as a "Saturn on steroids"or “Super Saturn” due to its massive system of circumplanetary rings with a radius of approximately 90 million km (0.6 AU). The orbital period of the ringed companion J1407b is estimated to be around a decade (constrained to 3.5 to 13.8 years), and its most probable mass is approximately 13 to 26 Jupiter masses, but with considerable uncertainty. The ringed body can be ruled out as being a star with mass of over 80 Jupiter masses at greater than 99% confidence. The ring system has an estimated mass similar to that of the Earth. A gap in the ring system at about 61 million km (0.4 AU) from its centre is considered to be indirect evidence of the existence of an exomoon with mass up to 0.8 Earth masses.

One reason the rings might stay intact has to do with the direction in which they spin around the object at their centre, called J1407b. Scientists are not sure whether J1407b is a gigantic planet that measures may times larger than Saturn, or a failed star called a brown dwarf.

There is a point in J1407b’s lopsided orbit when it comes close to its sun like star, which should disrupt the rings. But the rings remain unscathed for the most part because they spin around J1407b in the opposite direction that the object orbits around its star, according to a paper accepted in the journal Astronomy & Astrophysics and posted online on Tuesday. 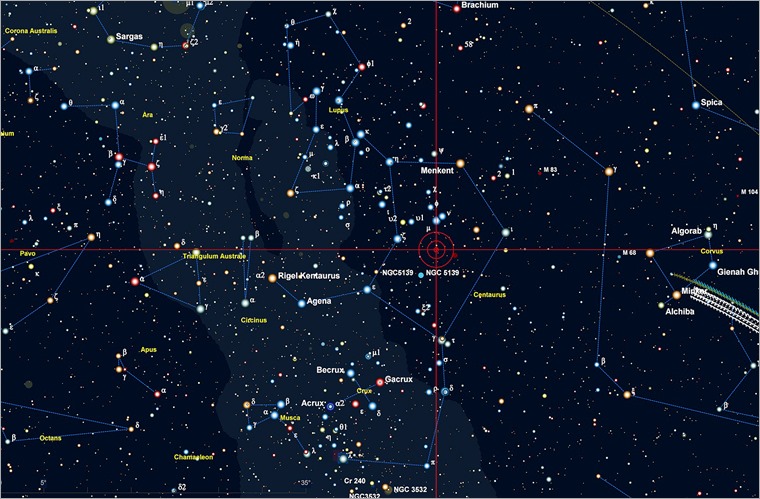 “We ran a lot of simulations of possible orbits for the planet to see if they could survive or not,” said Steven Rieder, an astronomer at the Riken Institute in Japan and lead author of the paper. “If you have the planet moving clockwise and the rings moving counter clockwise, that is much more stable than if they move in the same direction, clockwise,” he said.

The team realized that if the object and its rings spin out of sync with each other, the ice and debris that make up the ring system are never too close to the sun for too long, which makes them more stable. That means they can stay together in a ring formation in the face of the star’s intense gravity.

“So we got rid of one problem,” said Matthew Kenworthy from Leiden University in the Netherlands and co-author of the study, “but now we’ve got the problem of how the heck do you get rings spinning the other way around?”

Their prevailing theory for the retrograde spinning is that either the ring system or the celestial body was involved in some sort of catastrophic collision that completely altered how it spins, rather than forming naturally.