Running time 45m. Acknowledgements:The ESO Education and Public Outreach Department [ESO = The European Southern Observatory].
The Universe began in spectacular fashion 13.7 billion years ago in what astronomers call the Big Bang, and all of the first elements needed for the first stars to form evolved in the first 3 minutes. In this program we explore the evolution of the universe to the present, along with the formation of the very first stars & galaxies. Importantly How astronomers including  Prof Marusa Bradec, David Sobral, Darach Watson and  Prof Anna Frebel have observed the very first stars to form in the universe & used what is termed ‘Astro-archaeology’ to discover their ages form the star’s spectrums.
Astrophotographers can image a 13 billion year-old star for themselves.
Star:  HE 1523-0901  Magnitude: 11 Constellation: Libra RA 15h 26m 01.2s DEC −9° 11′ 38″ Distance 7,500 light years. 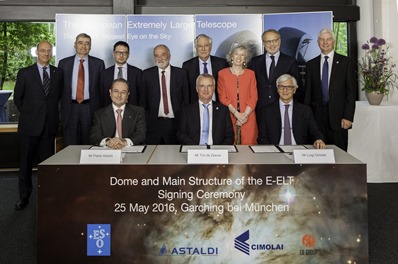 On 25 May I attended an ESO press conference (by video link in Garching bei München, Germany) when, ESO signed the contract with the ACe Consortium, consisting of Astaldi, Cimolai and the nominated sub-contractor EIE Group, for the construction of the dome and telescope structure of the European Extremely Large Telescope (E-ELT). This is the largest contract ever awarded by ESO and also the largest contract ever in ground-based astronomy. This occasion saw the unveiling of the construction design of the E-ELT. Construction of the dome and telescope structure will now commence.
This picture shows some of the people involved in the project, both from the consortium and at ESO. In addition the Italian Minister for Education, Universities and Research, H.E. Stefania Giannini was also present and appears in the picture (in red). 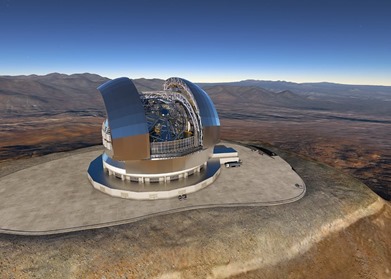 Over 90% of the funding is covered, and the ELT is on schedule for first light in 2026. It will allow European astronomers to study the very early universe and to make some amazing discoveries. 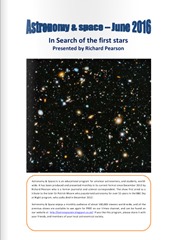 The James Web Telescope now under construction will be launched in 2018. The main mirror assembly is now complete, and the science instruments were added this week. The amazing infrared capability will allow astronomers to study the first stars & galaxies in fine detail.
If you have difficulty following the program it is all in this News bulletin, which you may translate and share with your friends, and members of your local astronomical society.
The issue also contains links to all of the past shows of Astronomy & Space which are a FREE educational resource for students and amateur astronomers.
Best wishes & clear skies everyone
Richard Pearson F.R.A.S.