New halo stars of the globular clusters M3 and M13 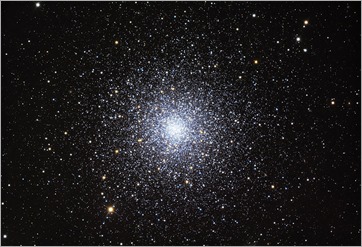 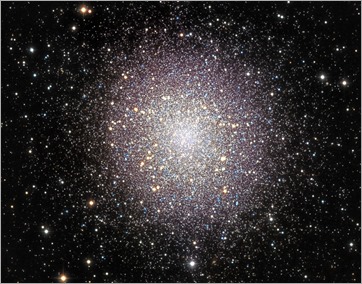 Australian astronomers have uncovered evidence of halo stars in two globular clusters residing in the Milky Way galaxy. According to a new study published on June 21 on the arXiv pre-print server, the globular clusters known as Messier 3 and Messier 13, have extra tidal halo stars. The new findings suggest that both clusters could be surrounded by extended stellar halos.

Messier 3 and Messier 13, containing 500,000 and 300,000 stars respectively, are among the best known globular clusters. However, previous studies focusing on finding extra tidal stars in these clusters haven't delivered any promising results so far. Now, a team of researchers led by Colin Navin of the Macquarie University in Australia have analysed the available data about the two clusters in order to reveal new insights on their structure. 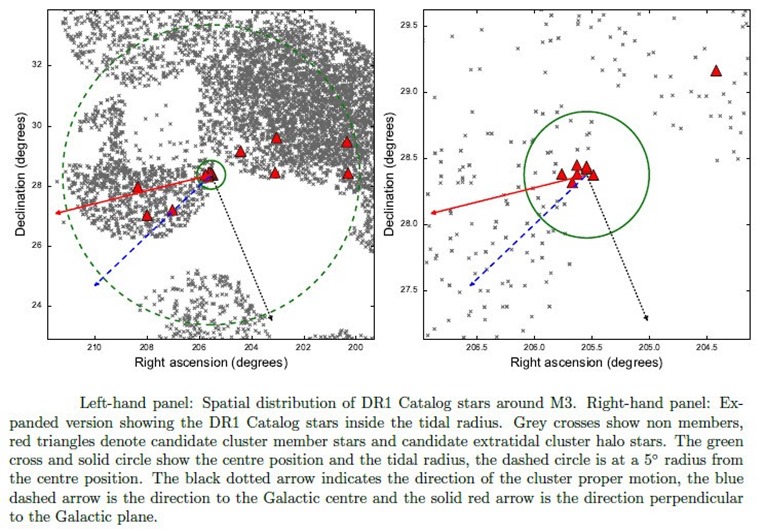 For their research, the scientists used data from the Large Sky Area Multi-Object Fibre Spectroscopic Telescope (LAMOST) survey of the Northern hemisphere, which utilizes the Xinglong Observatory in China to obtain the spectra of about 10 million objects, including stars, galaxies and quasars. They chose LAMOST, as this survey covers a number of Northern hemispheric globular clusters and therefore has potential to search for extra tidal stars.

"We find candidate extra tidal stars in wide halos around the globular clusters Messier 3 and Messier 13 in the LAMOST Data Release 1," the researchers wrote in the paper.

First, the team identified the characteristics of globular clusters that were likely to have member stars in the Data Release 1 Catalogue. Spatially, they had to be within the survey area of LAMOST; then, the researchers chose to use globular clusters that had relatively high heliocentric radial velocities. After eliminating clusters that only had small numbers of candidate stars, they were left with Messier 3 and Messier 13 as likely candidates to search for extra tidal stars. 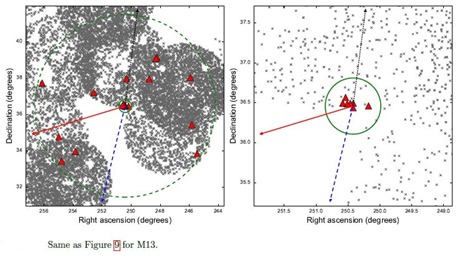 The scientists noted that if the status of these stars is confirmed, they would support previous studies that both clusters are surrounded by a halo of extra tidal stars or exhibit tidal tails. However, in order to validate their status, high-resolution spectroscopic observations of the chemical abundances are required.

"High-resolution spectroscopic observations of the candidate extra tidal cluster halo stars would be valuable in confirming their origin, and hence provide constraints for theoretical studies," the paper reads.

According to previous studies, a significant fraction of stars in the bulge and halo of the Milky Way originated in globular clusters. It is believed that a minimum of 17 percent of the present-day mass of the stellar halo originally formed in globular clusters. Notably, the tidal debris of globular clusters also act as indicators of a host galaxy's gravitational potential as the extra tidal stars spread out in a stream that traces the orbit of its progenitor.

The researchers hope to find more candidate extra tidal stars in Messier 3 and Messier 13, and possibly in other globular clusters, as the dataset grows. Meanwhile, they recommend that future observations focus on known photometric members of clusters.