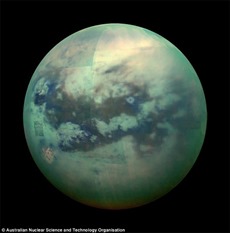 “NOT AN ASTRONOMICAL TOPIC I know., however, it is important in terms of  the geology of other planets & Moons in our solar system, like that of Titan the largest of Saturn’s natural satellites. Many of the features on it’s surface resemble deltas like the ones here on Earth. And there are many examples of deltas among surface features on the planet Mars … And seen from space deltas are beautiful surface features here on Earth.”

A Delta is a place where sediment carried downstream by a river enters the sea, forming a fan of sand or mud.

Although deltas make up just 1 percent of the world's land, they're home to more than half a billion people -- and to fertile ecosystems such as mangroves and marshes. 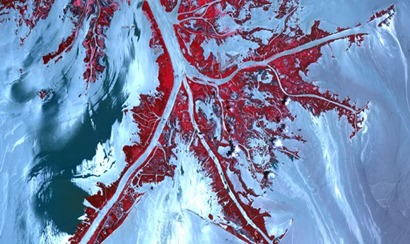 A satellite view of oil trapped where the Mississippi River meets the Gulf of Mexico.
Credit: NASA

Deltas also serve as economic hotspots, says hydrologist Efi Foufoula-Georgiou of the University of Minnesota. They support much of the world's fisheries, forest products and agriculture, and are food baskets for many nations.

Scientists have found that deltas are disappearing at an alarming rate, however, affecting humans and many other species. 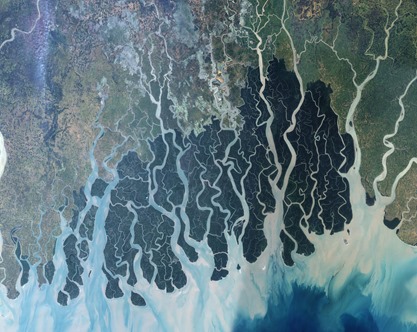 "Deltas around the world play a significant role in providing local, regional and global human communities with agricultural and fisheries resources," says Maria Uhle, program director for international activities in the National Science Foundation (NSF) Directorate for Geosciences, which funds Foufoula-Georgiou’s research. "The delta regions of Asia, for example, supply rice to a large percentage of the people who rely on it as a food staple."

The Sundarbans in Bangladesh and West Bengal has the largest mangrove forest in the world.
Credit: NASA

Water and sediment: Lifeblood of a delta

Human actions rob deltas of their lifeblood: water and sediment. On a global scale, people have diverted more than 40 percent of river discharges and 26 percent of river sediments into large reservoirs.

"Deltas are sensitive indicators of changing conditions," says Tom Torgersen, program director in NSF’s Division of Earth Sciences, which also funds Foufoula-Georgiou’s research. "They respond to the effects of humans on the environment, including changes in river flows and sea levels."

Losses of wetlands to development, and the erosion that follows, further deplete deltas of sediment. "Sea level rise accelerates the losses," says Foufoula-Georgiou. "Hurricanes are often the death knell, cutting new channels and washing away huge amounts of mud and sand."

To find out how deltas around the world are faring, Foufoula-Georgiou and her colleagues are studying the Ganges-Brahmaputra-Meghna (GBM) Delta, a vast fan that stretches across Bangladesh into West Bengal, India. Their work is part of the NSF-supported Sustainable Deltas Project. 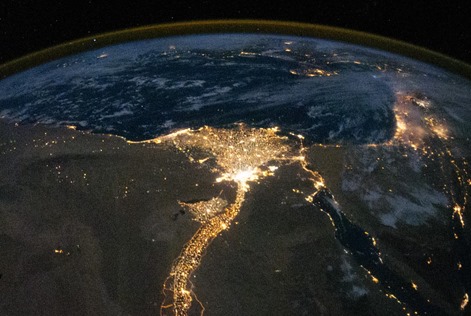 Despite its size, the GBM Delta is foundering. The delta is sinking, with water covering its land surfaces four times faster than sea level is rising.

Deltas are home to more than half a billion people; here, Egypt's Nile River Delta at night.
Credit: NASA

"Sediment would normally help build up the delta," Foufoula-Georgiou says. But human land use upriver reduces the amount of sediment carried downstream. A further insult comes from shrimp farming, which modifies delta channels and results in yet more loss of land.

Almost 150 million people live in the GBM region. "Most of them rely on the delta's natural resources," Foufoula-Georgiou says, "so they, as well as the wildlife that depends on the delta's rich sediment, are literally losing ground." 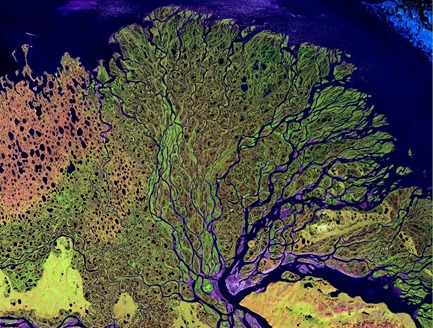 World's deltas not all alike

What makes that harder, she says, is that "deltas are enormously variable," from urbanized systems, such as the Pearl River Delta in China and the Rhine-Meuse-Scheldt Delta in the Netherlands, to less developed deltas, such as those of the Amazon River and Alaska's Yukon River.

High-latitude deltas, such as the Yukon, Mackenzie in Canada and Lena in Russia, are sensitive to rapidly increasing Arctic temperatures, melting the permafrost on which many formed.

"By assimilating diverse sets of data for different deltas, we can start to predict how a delta is likely to respond to environmental changes," says Foufoula-Georgiou.