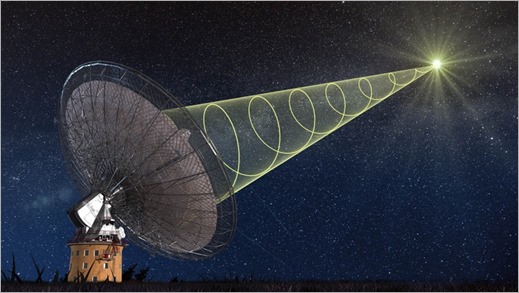 There’s a long list of scientific discoveries that continue to puzzle researchers around the world, and one of the most mysterious comes in the form of something called Fast Radio Bursts, or FRBs.

Scientists suspect that these extremely bright flashes of light originate from outside of the Milky Way Galaxy, but they still aren’t entirely sure where in the universe they’re coming from, or what kind of event causes them.

Up until last year only 17 had been detected. That changed when the brightest FRB ever discovered was seen by two different telescopes at Parkes Observatory in Australia on August 5, 2015. Published today in the journal Science, a team of researchers from the California Institute of Technology, Curtin University, and CSIRO Astronomy and Space Science centre in Australia announced not only that they’d observed the 18th FRB, but it’s also the brightest ever seen.

Until this 18th discovery, the very first FRB ever observed also held the position for the brightest.

When FRB 010621 was seen in 2001 at the Parkes Radio Observatory, astronomer Duncan Lorimer had no idea what to make of the signal. The 5-millisecond burst was a new kind of cosmic phenomenon, and one that sparked more questions than the field was ready for.

Vikram Ravi of Caltech and Ryan Shannon at CSIRO and their team discovered the newest burst named FRB 150807 using the Parkes Radio telescope in New South Wales Australia. The burst was so bright that it actually pinged two of the radio telescopes, marking the first time an FRB showed up in more than one instrument. 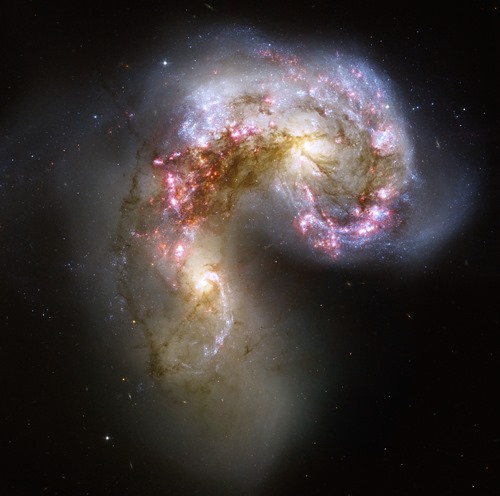 “By having the signal hit two telescopes it helped us narrow down a specific patch of sky that this signal could be coming from,” says Shannon.

There are 13 telescopes at Parkes Observatory, each working like a 1 pixel camera.  By picking up on this signal with two pixels, it allowed the team to examine that area of the sky, and what they found were six galaxies and three stars. Ultimately the team ruled out the stars since they were located in the Milky Way, and after examining the six other candidates, they decided to put their money on a sizeable galaxy 1 billion light years away called VHS7.

Scientists expect these FRBs to be the product of large cosmic explosions like supernovae, colliding black holes, pulsars, magnetars or even gamma ray bursts. One reason why scientists are desperate to understand these anomalies is that the FRBs actually carry evidence about their origins and the medium in which they travelled. By understanding more about FRBs cosmologists could understand more about our universe.

Perhaps the most interesting thing is what these FRBs can tell scientists based on their individual imprints. The data for this particular burst points to a smoother journey than maybe some others that have been discovered.

“FRBs carry the imprint of the medium that they’ve travelled through. The radio waves from the burst interact with the ionized gas between us and it’s source,” explains Shannon. “With this FRB we saw an imprint of a very diffuse galaxy and a diffuse intergalactic medium.” Because of the brightness of this particular burst and showing up on two telescopes, it gives the team more clues about the cosmic web — the vast space that exists between all objects in the universe.

After a radio wave travels for millions and millions of years, its shape can become altered on the journey. Often times what we’ve seen from FRBs is a by-product called Faraday rotation which morphs the radio wave into a corkscrew shape. This happens when a radio wave travels through a thick intergalactic medium that’s heavily magnetized.

The newest FRB actually had little evidence of Faraday rotation, leading the team to believe that the area that the radio wave travelled through wasn’t very magnetic, and that the “space” was thinner in that region. The intergalactic medium or what we think about as “space” is made up of plasma, an ionized gas, but it’s not a uniform consistency. Shannon explains, “this burst was scintillating, so the brightness varies if you look at different wavelengths of light. Not unlike when a star twinkles in the sky, that light is traveling through diffuse gas in the intergalactic medium. What this tells us is that there’s a bit of turbulence churning around, but not that much.”

By better knowing each bursts unique signature, scientists can rectify their theories on the makeup of the universe. As more telescopes are built and go online surely more FRBs will be observed and eventually scientists will begin to decipher their messages. Astronomers expect that if the technology was available and the telescopes were built to scan the sky at all times, that there would be anywhere from 2500 to 10,000 FRBs hitting Earth every single day. Luckily there are more telescopes planned to begin surveying wider swaths of sky with the hopes of picking up more bright flashes of light from any number of places in our universe. For now though the illusive fast radio burst will continue to be a source of intrigue for astronomers and cosmologists who will continue waiting to find the answers of what lies between us and everything else.