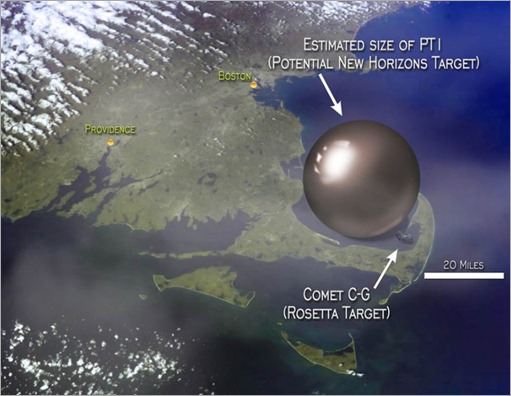 When we last visited with Alan Stern, principal investigator for NASA’s New Horizons, it was 2009, and the little probe was barely halfway to its planned encounter with Pluto. I asked him then, in the context of a terrible recession and assuming we got any images back at all, what taxpayers were getting for their money.

Paraphrasing, he replied rather presciently, ”Jobs for starters—and good, high tech ones at that. But more importantly: we are expanding human knowledge to the edge of our solar system. This is what great nations do, they make great history ... [Y]ears from now, when today’s politicians are forgotten ... a student or teacher who opens a textbook and sees Pluto will be looking at images and data from New Horizons. I think that’s worth a lot, because it is a legacy for our nation and our civilization.”

Since then, New Horizons delivered on every one of those predictions. The encounter was breath-taking, the incredible high resolution images of Pluto and its moons are exquisite, and the data will fuel several fields of study for a generation or more. So we caught up with a very busy Alan Stern, who took the time to get us caught up on where New Horizons is now, and more importantly, what it will do next.

Come below for some space exploration Q & A, and a free-ranging discussion in the comments.

DS: Before looking ahead, I wanted to ask, what has surprised you the most about the New Horizons mission overall, or any data it returned specifically? 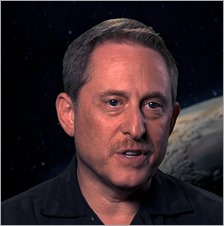 Alan Stern: The public reaction. You know, we haven’t had a fly-by of a totally new planet and moon system since the late 80s and the Voyagers, since Voyager Two’s encounter with Neptune in 1989, so we expected some interest. We did not expect to get over one billion page views in a day or two! The team and I get something like 10 requests a week for presentations. Even a year-and-a-half a later, after encounter, people recognize me in airports and come up and shake my hand, kids send letters asking for autographs.

The one feature that surprised me the most? There are so many to choose from … maybe the heart-shaped plain now called Tombaugh Regio. Who could have possibly guessed that Pluto would have a heart the size of the American Midwest!

DS: New Horizons will make a pass by a classical Kuiper Belt Object or KBO dubbed MU69 beginning in late December 2018, with encounter set for Jan. 1, 2019. What can we learn from that relatively drab little snow-ball that we didn’t learn from big beautiful Pluto and its colourful moons?

MU69 as seen by HST attribution: NASA/SwRI/APLMU69 is barely visible to Hubble under extreme zoom, shown in circles as it moves over time. The background “snow” is random noise, the two brighter objects are faint stars.  Alan Stern: Well, it’s not just a drab little snowball. It’s between 25 and 50 kilometres across, orders of magnitude more massive than comet 67P that Rosetta just landed on, and we have no idea what it will look like. You remember how I told you years ago that when I was growing up and starting to study astronomy, there were four gas giants and four rocky terrestrial worlds, and that little Pluto was the lone oddball? And then we learned later on that there are at least half a dozen small planets like Pluto and probably hundreds if not more, meaning Pluto and its cohorts actually represents the most common kind of planet-sized object in the solar system?

Studying Pluto and its moons gave us a window into what that class of worlds might be like, it was a new class of planet seen close up for the very first time.

MU69 is whole new classes of objects seen close up for the first time, the Kuiper Belt Objects, the trans-Neptunian Objects. That alone is exciting.

But think about this: Up to now we could mostly see our planetary targets as disks before visiting them, in the case of Pluto a very small, very mysterious disk, but we knew a little bit about it before New Horizons. We knew it would be a sphere, we knew it would have a wisp of an atmosphere, we had a few hints on the colour and contrasts, that kind of thing. Now we can literally write the textbook on Pluto. 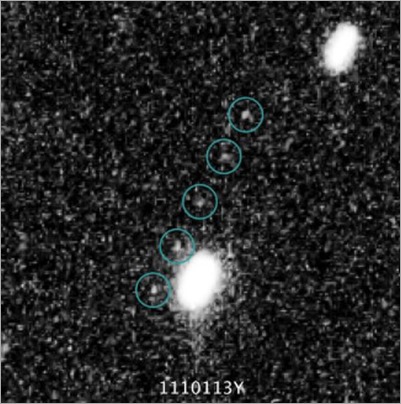 Until we see MU69 close up, objects like it -- and there are billions of them! — they only show up as tiny specks of light in our most powerful telescopes. We know almost nothing about them at all. We believe these kinds of objects represent the basic building blocks for planets like Pluto and probably the rest of the planets as well, including possibly even Earth. And out there, where its so cold so far from the Sun, we believe they’re in the most pristine state. That they look like they did billions of years ago when the solar system was first forming. That can teach us a lot, we can't even guess how much until we see it and get data from it.

DS: Lastly, at the risk of being political, there are many people here and and around the world who would like to see more missions like this one. What can we do to convey that effectively to a new Congress and president?

Alan Stern: Tell your reps and your senators and the president that you support space exploration. Remind them how important space exploration is not just to science, but to developing other fields like engineering and technology, and even to national pride.

Remind politicians that a lot of today’s most successful entrepreneurs got hooked on science and technology as kids because of NASA. That’s what feeds innovation, and innovation is what feeds our economy. Tell our representatives and the new administration that you support more planetary exploration missions and all the other wonderful other things NASA does for our nation and our species.

Remember how much planning and preparation New Horizons took. If we started urging for and designing another mission like it, into far deep space, it might not launch for a decade. And it could take at least another decade or more to get out there beyond Pluto. So, it would be the 2030s before we got to see anything completely new. But if we wait too long to start, we might not be in that distant neighborhood again for the rest of this century!

The interview was conducted by phone and represents my notes and best recollection of what we discussed. Any remaining errors are solely mine — DS