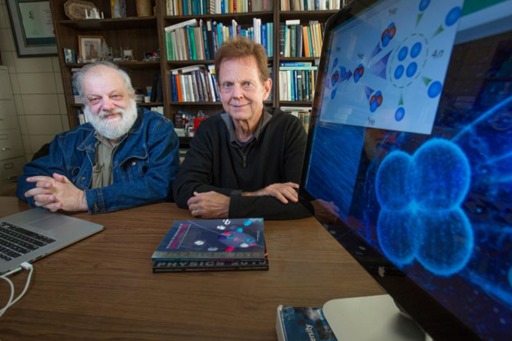 The tetra neutron — a structure composed of four neutrons — was once considered an impossibility. The reason for this is that the Pauli Exclusion Principle states that two identical fermions — a class of particles that neutrons and protons belong to — cannot share the same quantum state, and therefore a structure composed solely of four neutrons, or even two, three, or five neutrons, cannot be a stable one.

If such a particle does exist, however, it would not only force scientists back to the drawing board in search for an alternative to one of the basic tenets of theoretical physics, it would also provide invaluable data that furthers our understanding of the forces that hold a neutron star — a structure composed of gazillions of neutrons — together.

On Thursday, a team of researchers announced that it had, using supercomputer simulations, demonstrated that stable — or at least quasi-stable — tetra neutrons can exist. Their research, published in the latest edition of Physical Review Letters, shows that four neutrons can form what is known as a “resonance” — a structure that remains stable for a period of time before decaying.

“This opens up a whole new line of research,” James Vary, a professor of physics and astronomy at Iowa State University, said in a statement. “Studying the tetra neutron will help us understand interneutron forces including previously unexplored features of the unstable two-neutron and three-neutron systems.”

The simulation lends support to the first observational evidence of the tetra neutron obtained by scientists at the RIKEN Radioactive Ion Beam Factory in Japan earlier this year. Although the RIKEN researchers did not see the particles, they said their properties fit the description of a tetra neutron.

“We know that additional experiments with state-of-the-art facilities are in preparation with the goal to get precise characteristics of the tetra neutron,” Vary said in the statement. “We are providing our state-of-the-art predictions to help guide these experiments.”