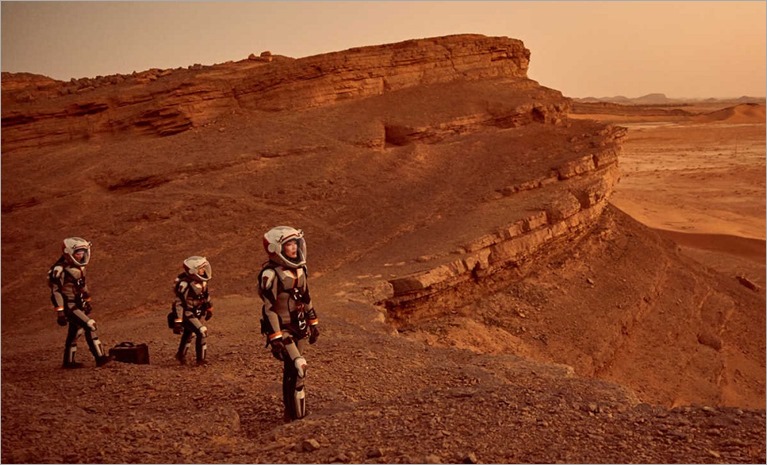 While it will be quite a while before any of us actually sees the first astronaut step foot on Mars, a new six-part miniseries debuting Monday night on the National Geographic Channel will offer a sneak-preview of what it will take to send a manned mission to the Red Planet.

“Mars,” which the network is touting as a “global event series,” premieres in the US on Monday, November 14 at 8pm EST and one day earlier internationally, according to Space.com. For those who can’t wait, the first episode, “Novo Mundo,” is currently streaming on the channel’s website (along with behind the scenes clips showing the making of the ambitious six-part program).
Part of what makes this program unique is that it combines a scripted, dramatic re-enactment of a fictional mission to Mars taking place in 2033 with documentary-style commentary from experts such as NASA administrator Charles Bolden, former Apollo 13 astronaut James Lovell, SpaceX founder Elon Musk, cosmologist/astrophysicist Neil deGrasse Tyson and others.

During the scripted portions of the show, an international six-person crew is shown preparing to embark on a seven-month voyage to Mars, where, as the St. Louis Post-Dispatch explained, they will be tasked with establishing a human colony on the Red Planet – or dying in the process. The stakes are very high, both for the characters and for the creative team behind the miniseries.

“Mars” is produced by Imagine Entertainment and RadicalMedia, and as Stephen Petranek, the author of  the book “How We'll Live on Mars,” said to Space.com, “the one thing they were all on board about was getting this right... this is as close to perfectly accurate as you're ever going to get in trying to forecast exactly what would happen in sending the first people to Mars.” 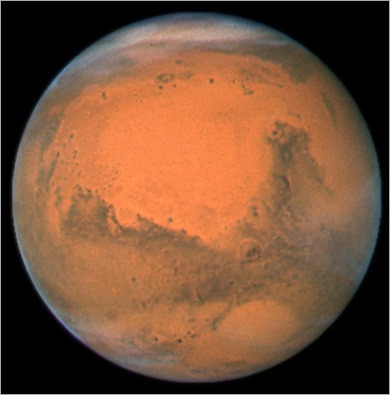 In addition to the filmed interviews with various experts in the field, the show relied upon their expertise when it came to filming the fictional sequences as well, according to Space.com. That included seeking their input on the science behind rocket launches, spacesuits and set design.

One of the people most involved in the project was Musk, who granted the team unprecedented access to SpaceX and their preparations for an actual manned mission to Mars, Justin Wilkes of RadicalMedia told reporters at the miniseries premiere in New York on October 26. The “Mars” team also sought input from psychologists and scientists in other non-space disciplines.

The miniseries is “actually science fact,” Wilkes told the Post-Dispatch. “Everything that you’re seeing is real. It’s going to be what that mission will actually entail.” While that might be a bold claim, former NASA chief technologist Robert Braun (a consultant on the series) backed it up by saying that the creative team “really cared” about making sure that they had the details right.

Among those details were the spacesuits, which were made by Italian costume designer Daniela Ciancio but inspired by actual concepts from NASA and SpaceX, as well as the BioSuit concept created by researchers from the Massachusetts Institute of Technology (MIT). Likewise, Braun helped make the design of the crew’s spaceship, the Daedalus, as realistic as possible.

Creating the Daedalus, Braun told Space.com, involved applying ideas from various published papers from NASA, SpaceX, Lockheed Martin and others, and one of the main features included on the vehicle was the use of supersonic retro propulsion as a landing mechanism. This, he noted, would allow a spacecraft to slow down in the Red Planet’s thin atmosphere before landing.

“The series was a balancing act,” executive producer Ron Howard told the Associated Press. “It had a documentary component, which is always a question mark at the beginning. Then came fully scripting and shooting the drama, which was meant to take the ideas we were learning and personalizing them. We wanted to be as cinematic and propulsive as we could be, but verisimilitude was a grounding principle and an obligation.”