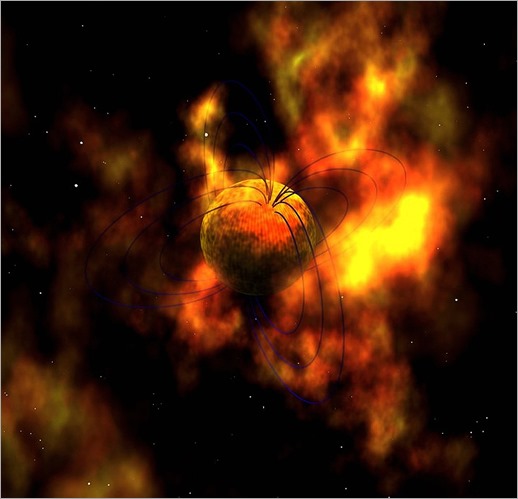 Penn State astronomers have discovered that the mysterious "cosmic whistles" known as fast radio bursts can pack a serious punch, in some cases releasing a billion times more energy in gamma-rays than they do in radio waves and rivalling the stellar cataclysms known as supernovae in their explosive power. The finding, published Nov. 11 in Astrophysical Journal Letters, is the first-ever finding of non-radio emission from any fast radio burst. It drastically raises the stakes for models of fast radio bursts and is expected to further energize efforts by astronomers to chase down and identify long-lived counterparts to fast radio bursts using X-ray, optical, and radio telescopes.

Fast radio bursts, or FRBs, were first discovered in 2007. Since then radio astronomers have detected a few dozen of these events. Although they last mere milliseconds at any single frequency, their great distances from Earth, and large quantities of intervening plasma, delay the arrival of their lower frequency components, spreading the signal out over a second or more and yielding a distinctive downward-swooping "whistle" across the typical radio receiver band.

"This discovery revolutionizes our picture of FRBs, some of which apparently manifest as both a whistle and a bang," said co-author Derek Fox, a Penn State professor of astronomy and astrophysics. The radio whistle can be detected by ground-based radio telescopes, while the gamma-ray bang can be picked up by high-energy satellites like NASA's Swift mission. "Rate and distance estimates for FRBs suggest that, whatever they are, they are a relatively common phenomenon, occurring somewhere in the universe more than 2,000 times a day."

Efforts to identify FRB counterparts began soon after their discovery but have all come up empty until now. In its new study, the Penn State team, led by physics graduate student James DeLaunay, reported bright gamma-ray emissions from the fast radio burst FRB 131104, named after the date it occurred, Nov. 4, 2013. "I started this search for FRB counterparts without expecting to find anything," said DeLaunay. "This burst was the first that even had useful data to analyse. When I saw that it showed a possible gamma-ray counterpart, I couldn't believe my luck!"

Discovery of the gamma-ray "bang" from FRB 131104 was made possible by NASA's Earth-orbiting Swift satellite, which was observing the exact part of the sky where FRB 131104 occurred as the burst was detected by the Parkes Observatory radio telescope in Parkes, Australia.

"Swift is always watching the sky for bursts of X-rays and gamma-rays," said Neil Gehrels, the mission's Principal Investigator and chief of the Astroparticle Physics Laboratory at NASA's Goddard Space Flight Center. "What a delight it was to catch this flash from one of the mysterious fast radio bursts." 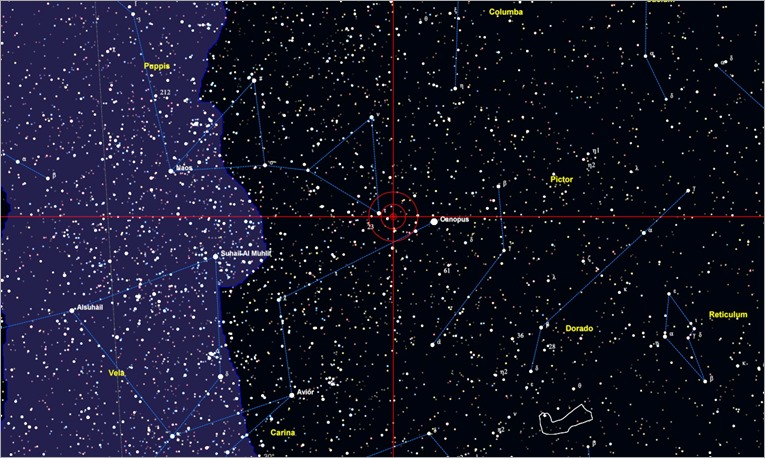 Two common models for gamma-ray emission from FRBs exist: one invoking magnetic flare events from magnetars — highly magnetized neutron stars that are the dense remnants of collapsed stars — and another invoking the catastrophic merger of two neutron stars, colliding to form a black hole. According to co-author Kohta Murase, a Penn State professor and theorist, "The energy release we see is challenging for the magnetar model unless the burst is relatively nearby. The long timescale of the gamma-ray emission, while unexpected in both models, might be possible in a merger event if we observe the merger from the side, in an off-axis scenario.

"In fact, the energy and timescale of the gamma-ray emission is a better match to some types of supernovae, or to some of the supermassive black hole accretion events that Swift has seen," Fox said. "The problem is that no existing models predict that we would see an FRB in these cases."

The bright gamma-ray emission from FRB 131104 suggests that the burst, and others like it, might be accompanied by long-lived X-ray, optical or radio emissions. Such counterparts are dependably seen in the wake of comparably energetic cosmic explosions, including both stellar-scale cataclysms — supernovae, magnetar flares, and gamma-ray bursts — and episodic or continuous accretion activity of the supermassive black holes that commonly lurk in the centres of galaxies.

In fact, Swift X-ray and optical observations were carried out two days after FRB 131104, thanks to prompt analysis by radio astronomers (who were not aware of the gamma-ray counterpart) and a nimble response from the Swift mission operations team, headquartered at Penn State. In spite of this relatively well-coordinated response, no long-lived X-ray, ultraviolet or optical counterpart was seen.

The authors hope to participate in future campaigns aimed at discovering more FRB counterparts, and in this way, finally reveal the sources responsible for these common and mysterious events. "Ideally, these campaigns would begin soon after the burst and would continue for several weeks afterward to make sure nothing gets missed. Maybe we'll get even luckier next time," DeLaunay said.