Why do massive stars lose gas as they evolve? Mira supercomputer may provide answers 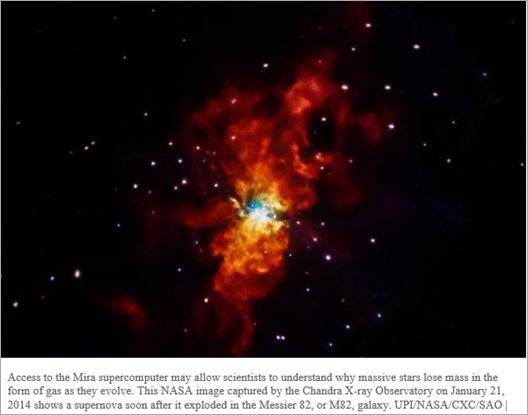 Scientists believe they're close to understanding why massive stars lose mass in the form of gas as they evolve. The only problem: a lack of computing power.

The processing power required to run models simulating the evolution of massive stars is immense. But scientists with the Kavli Institute for Theoretical Physics, at the University of California, Santa Barbara, have been gifted a solution.

Officials with the Innovative and Novel Computational Impact on Theory and Experiment, a Department of Energy program, have granted astrophysicists Matteo Cantiello and Yan-Fei Jiang 120 million CPU hours on the world's sixth-fastest computer. The researchers will get two years of access to the supercomputer Mira.

"Access to Mira means that we will be able to run calculations that otherwise would take about 150,000 years to run on our laptops," Cantiello said in a news release.

Unlike smaller one-dimensional stellar simulations, the model developed by Cantiello and Jiang will generate 3D simulations of the insides of massive stars, exploring the interactions of gas, radiation and magnetic fields. The researchers hope a better understanding of these interactions will yield insights into the nature of the episodic eruptions that bleed gas into space over the lifetime of a star.

The ways in which massive stars lose gas also have implications for the study of stellar structures created by supernovae, such as black holes and neutron stars. Scientists are hopeful revelations offered by their work with Mira will inform analysis of black hole systems like that one credited with producing the gravitational waves recorded by LIGO earlier this year. 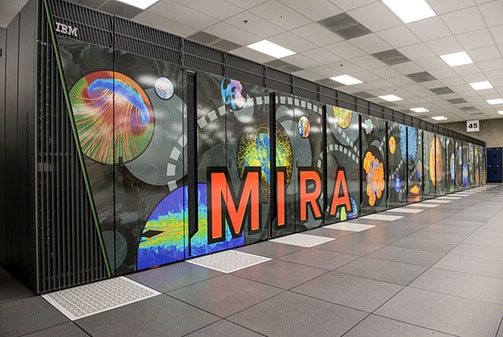 "Understanding how these black hole binary systems formed in the first place requires a better understanding of the structure and mass loss of their stellar progenitors," said Jiang.

Mira is a pet scale Blue Gene/Q supercomputer. As of June 2013, it is listed on TOP500 as the fifth-fastest supercomputer in the world. It has a performance of 8.59 petaflops (LINPACK) and consumes 3.9 MW. The supercomputer was constructed by IBM for Argonne National Laboratory's Argonne Leadership Computing Facility with the support of the United States Department of Energy, and partially funded by the National Science Foundation.Mira will be used for scientific research, including studies in the fields of material science, climatology, seismology, and computational chemistry. The supercomputer is being utilized initially for sixteen projects, selected by the Department of Energy.