Solved: One of the mysteries of globular clusters 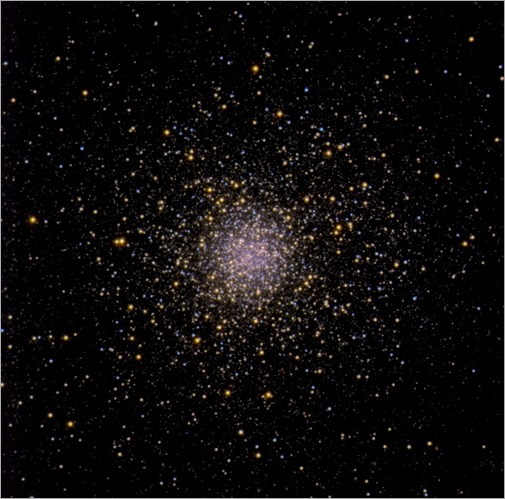 Globular clusters are swarms of about a million stars bound together by their gravitational field and distributed roughly spherically, which have formed from a single cloud of interstellar gas and dust. As their ages are close to that of the universe itself, they are considered veritable "astronomical fossils" because they retain information about the chemical composition and the evolution of galaxies from the epoch of their origin. In these cluster stars of different sizes are formed, and by observing the most massive stars which still survive we can work out the age of the cluster. However since some twenty years ago we know that there are different generations of stars in a single cluster. And the origin of these successive generations was unclear until now.

The professional journal The Astrophysical Journal Letters is publishing today a study by an international team, in which the Instituto de Astrofísica de Canarias (IAC) has participated, which solves this mystery about the formation and evolution of globular clusters in the early universe. According to this study the key is in the most massive, evolved AGB (asymptotic giant branch) stars. This is the first evidence that these stars play a fundamental role in the contamination of the interstellar medium, from which successive generations of stars have formed. 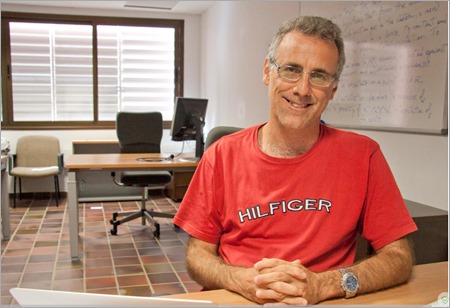 Paolo Ventura (shown on the left), astronomer from the Istituto Nazionale di Astrofisica (INAF) and first author of the article, mentioned the importance of the AGB stars during his recent stay at the IAC as a Severo Ochoa visiting researcher, during which time they were working on the study published today. "Until now", explains Aníbal García-Hernández, researcher at the IAC and the second author of the article, "various different types of stars had been prepared as candidates: supermassive stars, rapidly rotating massive stars, massive interacting binaries, and massive AGB stars. This research closes the debate about which stars cause this process, and resolves one of the outstanding unknowns in the formation and evolution of globular clusters", he concludes.

"The next step", explains Flavia Dell'Agli, who recently joined the IAC as a postdoctoral researcher, and who is the third author of the paper, "will be the systematic analysis of all the globular clusters in the northern hemisphere already observed in the APOGEE project, as well as the large numbers of these systems which will be observed, starting next spring, in the southern hemisphere in APOGEE-2".

The role of the AGB stars 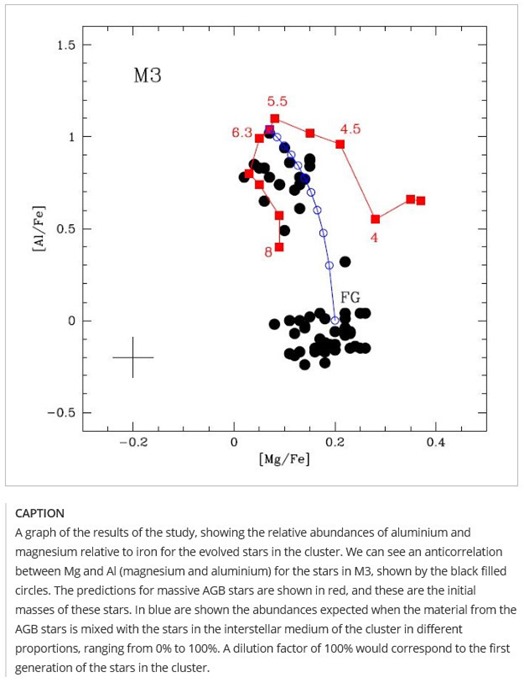 Historically, globular clusters have been used as laboratories for studying stellar evolution, because it was thought that all the stars in a globular cluster formed at the same time and thus have the same age. However since a couple of decades ago it has been known that almost all the globular clusters contain several stellar populations. In the first generation the chemical abundances, for example those of elements such as aluminium and magnesium, show the composition of the original interstellar (or intra-cluster) medium. In the short time (astronomically) of only 500 million years the medium is contaminated and from this medium the second generation of stars is formed. Researchers think that some of the most massive stars in the first generation produce and destroy the heavy elements in their interiors ("nucleosynthesis") and by rapid mass loss contaminate the interstellar medium where the second generation of stars then forms with different chemical abundances. But which stars are responsible for this phenomenon?

Researchers suspected the most massive AGB (asymptotic giant branch) stars, which have between four and eight times the mass of the Sun, and now this study has corroborated the suspicion. To do so they used observations of the abundances of magnesium and aluminium observed by the international collaboration Sloan Digital Sky Survey (SDSS-III) and specific survey APOGEE (Apache Point Observatory Galactic Evolution Experiment) combined with theoretical models of nucleosynthesis in AGB stars. They were able to reproduce for the first time the anticorrelation (a relation in which when one quantity grows the other decreases) between the two elements in five globular clusters with very different metallicities (overall quantities of metals).

The production of aluminium and the destruction of magnesium in the interiors of stars is very sensitive to their temperature and overall metallicity, so they offer a good diagnostic to unveil the nature of the contaminating stars. The higher the temperature in the zone where these elements originate, the base of the convection zone inside the star, the more aluminium is produced and the more magnesium is destroyed. It is also known that the temperature in this zone rises when the total quantity of metals in the star falls. In massive AGB stars different types of these anticorrelations are expected: at very low metallicity we expect more aluminium and more destruction of magnesium, and at higher metallicity, exactly the opposite. These variations in the anticorrelations are exactly what is observed in the globular clusters, and agrees very well with the theoretical predictions for massive AGB stars, which produce these elements in their interiors, and then eject them during a phase of extremely rapid mass loss.